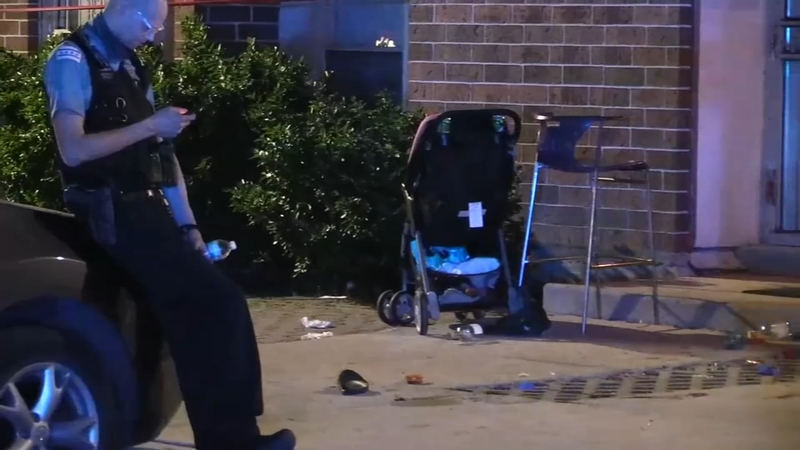 She was with her 31-year-old aunt, who was also shot, as close to 40 rounds were fired at the Continental Plaza Apartments.

The woman and girl were standing near the curb just before 11 p.m. in the 1300-block of West 76th Street when someone fired several shots from a distance before fleeing the scene on foot, Chicago police said.

Neighbors said they ducked inside their own homes when they heard the gunfire.

"Hit the floor, they do it every summer, every summer it does that," said one neighbor, who did not want to be identified.

"I heard a lot of gunshots going off, so I had ducked down because I didn't know where the bullets were coming from," another said. "They just come out and pull the trigger, and they don't care who the bullets hit."

No one was in custody Thursday morning.

"We have the support system from street outreach, other neighborhood organizations that support us, work together with police, to do many of the long-term solutions around poverty, affordable housing, transportation, jobs, education and mental health treatment," he said.

A few hours earlier and less than a mile from the double shooting, a 21-year-old woman was fatally shot near 75th and Wolcott Avenue after confronting a burglar, while she walked out to her garage about 7:45 p.m.

Two young boys, ages 6 and 11, were also shot Wednesday while standing with two adults. They are all expected to recover.

In just the last 24 hours, there have been 15 shootings.

Since the start of the week, there have been 61 shootings across the city.