ByChristian Piekos and Maher Kawash via

CHICAGO (WLS) -- A 23-year-old Subway clerk was critically injured in an attempted robbery and shooting early Wednesday morning in Chicago's Hermosa neighborhood, according to CPD.

An unidentified male suspect entered the restaurant just before 3 a.m. in the 4700-block of West Fullerton Avenue and demanded money from the register, Chicago police said.

The clerk did not comply, and the suspect fired his weapon three times, hitting the victim on the hand and back. The suspect fled on foot, according to CPD.

The 23-year-old was taken to Illinois Masonic Medical Center in critical condition.

Surveillance cameras at Armanetti Liquors captured part of the incident.

The video is grainy, but a man can be seen getting out of a silver SUV on the passenger side before entering the restaurant around the time police say the shooting happened.

The surveillance video skips, but shows the silver SUV driving out of the parking lot and onto Fullerton.

Minutes later, first responders arrive and transport the critically injured 23-year-old Subway employee on a stretcher into an ambulance waiting in the parking lot.

"I was surprised, surprised because nothing happens around here very often, so very, very, very surprised," said Angel Gonzalez, who works at the liquor store next-door part-time and lives nearby.

He said he normally feels safe in this neighborhood.

"I've been living here over 10 years, and this is pretty good, yes sir," he said.

He looked at the surveillance video himself, and was shocked by what allegedly took place right next-door.

No one was in custody later Wednesday morning, and Area Five detectives are investigating.

A CPD presence remained on the scene until about 5 a.m. after the incident. 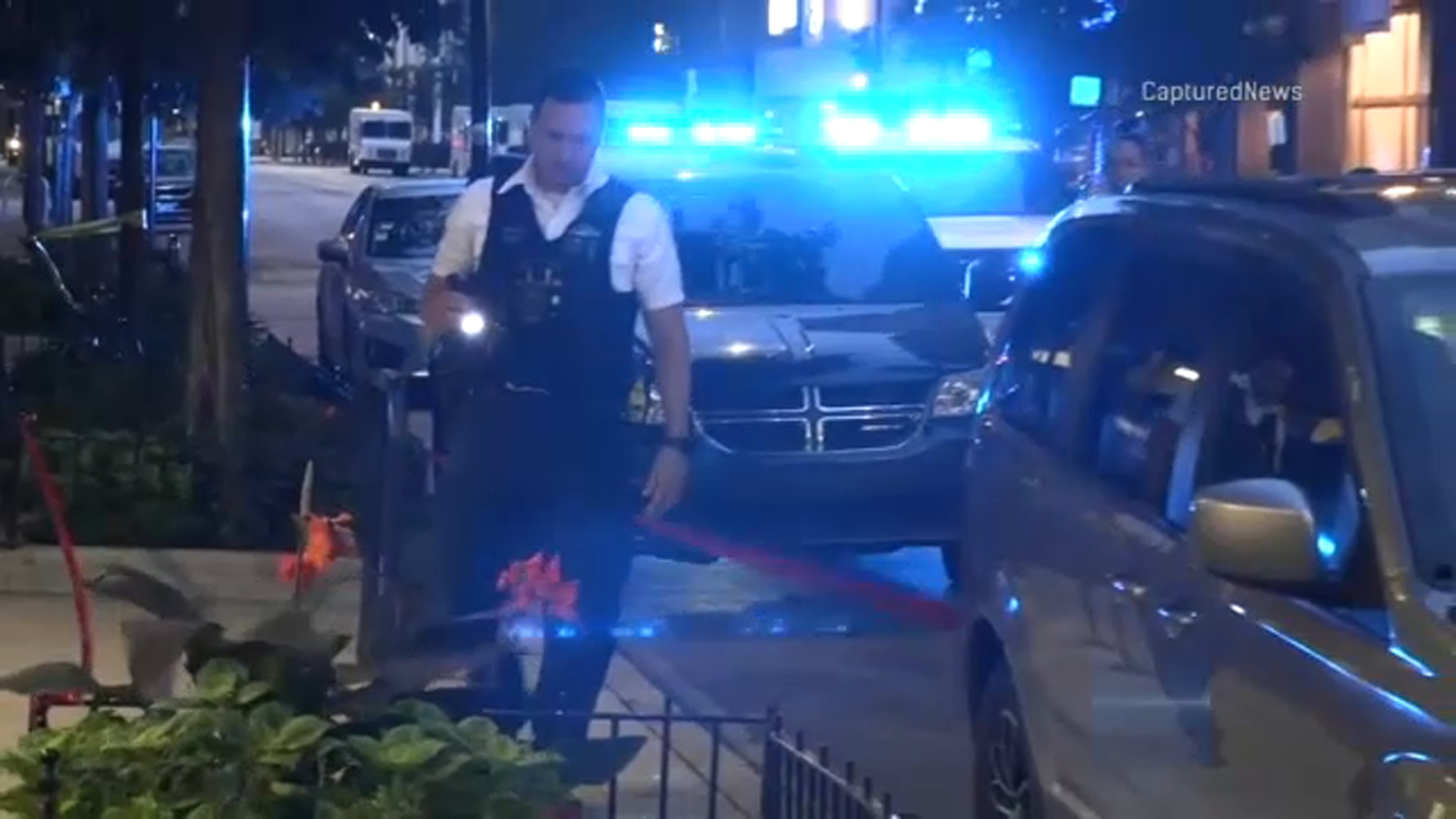