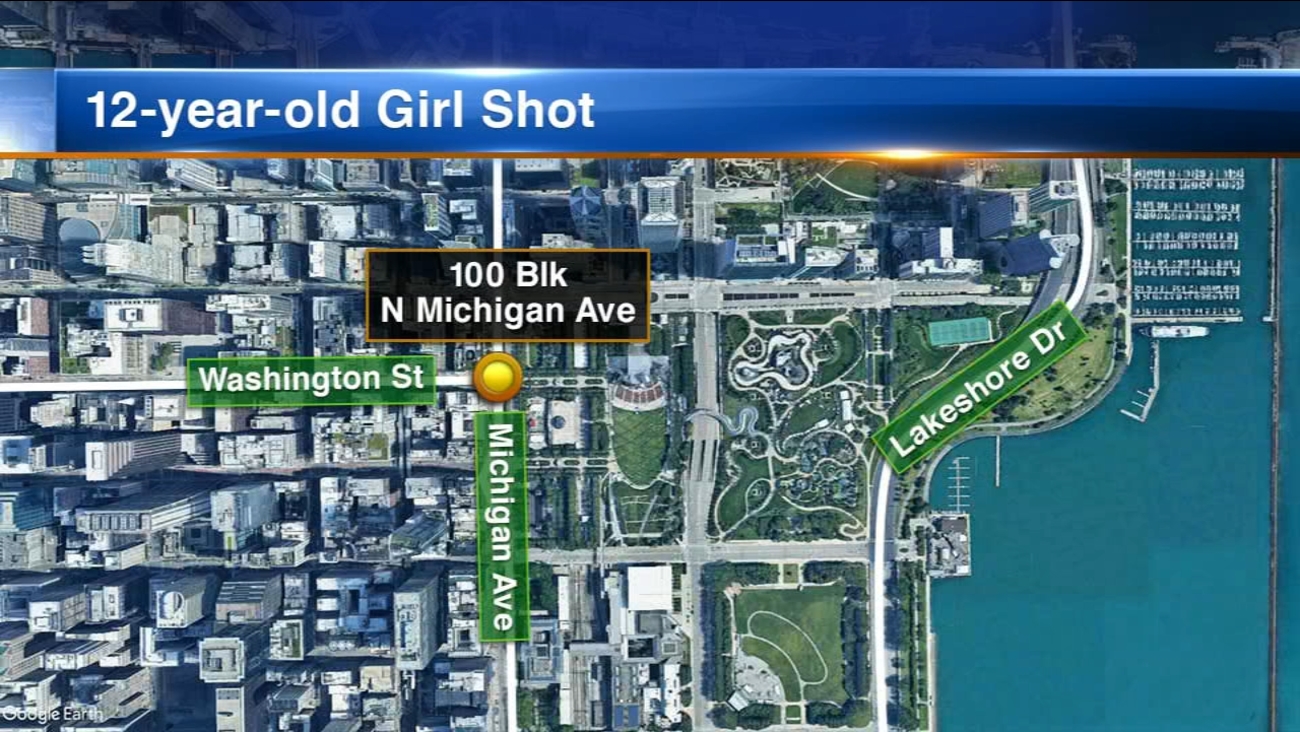 The girl was among a group of people gathered around Millennium Park Saturday night when a gunman fired into the crowd, Chicago police say.

CHICAGO (WLS) -- The family of a 12-year-old girl who was shot during a spurt of downtown violence Saturday night said no one knew she had a gunshot wound until doctors discovered she was bleeding internally.

The girl was among a group of people about 8:30 p.m. in the first-block of North Michigan Avenue, near Millennium Park, when a person fired shots in their direction, Chicago police said.

She suffered a gunshot wound to the back and is being treated at Comer Children's Hospital, where she was listed in serious condition, according to police.

RELATED: Chicago police to beef up staffing after weekend violence

No arrests were made.

The girl's aunt, whom did not want to be identifed, said she is doing OK.

"Praise God is all I can say," the aunt said. "You would think, you know, in Millennium Park, where it's supposed to be a safe haven and one of Chicago's most scenic areas, I remember going there as a child, so to think of something like this happening in an area like that, it just makes me feel very unsafe. It makes me feel like my nieces and nephews aren't safe."

According to her aunt, the girl was in pain, but no one realized she had been shot until doctors discovered she was bleeding internally.

Chicago police officials are canceling days off for officers later this week and to cover weekend shifts after a recent spurt of downtown violence, according to an internal CPD memo obtained late Monday by the I-Team.