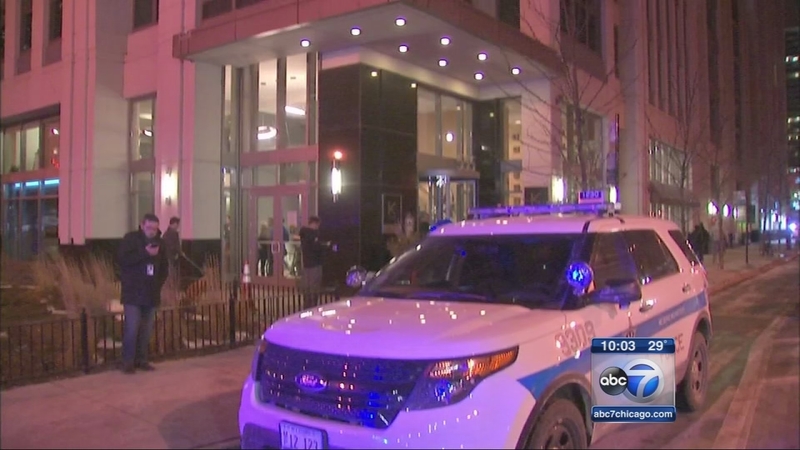 CHICAGO (WLS) -- Chicago police say a 45-year-old man was shot in the head in the workout room on the 8th floor of a residential high rise in the 500-block of West Kinzie in Chicago's Fulton River District.

More than a dozen people were working out when they heard gunfire, running from the gym to an outside deck. There they waited, shivering in the cold, for nearly an hour as they wondered if it was safe to go back inside.

"There were about 15 of us, hiding in bushes and stuff," said Aaron Snyder, a resident.

Snyder describes confusion, panic and the instinct to take cover.

"I was in the part of the gym where you can't- there's only one way out and the shot came from that way. So I just ran outside on the pool deck," he said.

Snyder said a man in a wheelchair started arguing with someone.

"They got into a screaming match and the guy just hung around him, staring at him while he was on the treadmill," he said.

"Everyone is nice in the building," Durr said. "You see someone in a wheelchair, or just anyone in general you open the door for them. I rode the elevator up with him. Said hi to him, made small talk and that was about it."

Durr found out that he knows the victim as well.

"I've known him since I moved into the building," he said. "He's always been nice to everybody. I know he went to Iowa, played football for a year, had a lot of knee problems but I'd see him in the gym frequently."

Witnesses say the shooter went down to his car and drove off. Police say they know who he is, that he is driving a car with handicap license plates and they are actively searching for him at this moment.