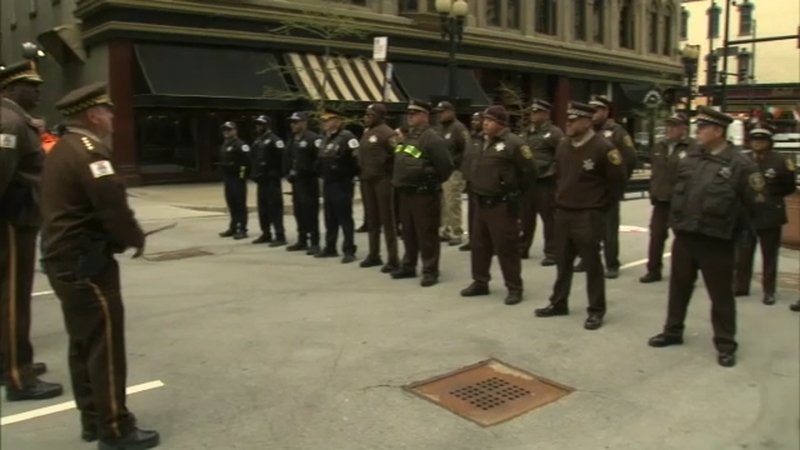 CHICAGO (WLS) -- The Cook County Sheriff's Department plans to set up a new command post in Chicago's River North as part of a new push to fight crime in the neighborhood.

This is where the crime is... have to be where the problems are," Sheriff Dart said. For years we've been coming here, making arrests. We needed a full-time location."

The move will mark a significant step in trying to curb some of the recent crime in the area of River North, a busy area with a number of restaurants, bars and residential buildings filling these blocks.

Those at Tracy Adduci Salon welcome the presence of more more law enforcement in the area.

"It made us feel a little safer having them presence out. Hopefully, that'll curb things from happening," said Jacki Murphy at Tracy Adduci Salon.

Dart announced that the new command post will open at 500 North Clark Street and that the department will have an increased presence.

"Whether you live here, work here or visit, we want this to be as safe as possible so people can enjoy the many amenities," said Grant DePorter with the Mag Mile Association.

While sheriff's deputies have traditionally patrolled suburban Cook County, they have had a growing presence in the city for the last several years.

The department has had a substation in the Austin neighborhood for several years and now they have opened one in the heart of the River North neighborhood, adding patrols to the entire Near North Side.

They said their objective is to supplement the work already being done by Chicago police, and CPD officials said they welcome the help.

"This increase collaboration adds to more visibility...more officers, more marked cars, that will add to that perception," said Supt. Brown.

The announcement comes after another man was shot and critically hurt Saturday night in River North near the 100-block of West Hubbard Street, an area usually filled with people late at night near bars.

Police said the man in his 20s, confronted the gunman regarding a previous incident when he was shot multiple times in the body.

While some have been concerned about recent crimes here, city data shows that crimes are actually just returning to pre pandemic levels as people get back outside, but that data doesn't show any spike in crimes across this area compared to normal years.