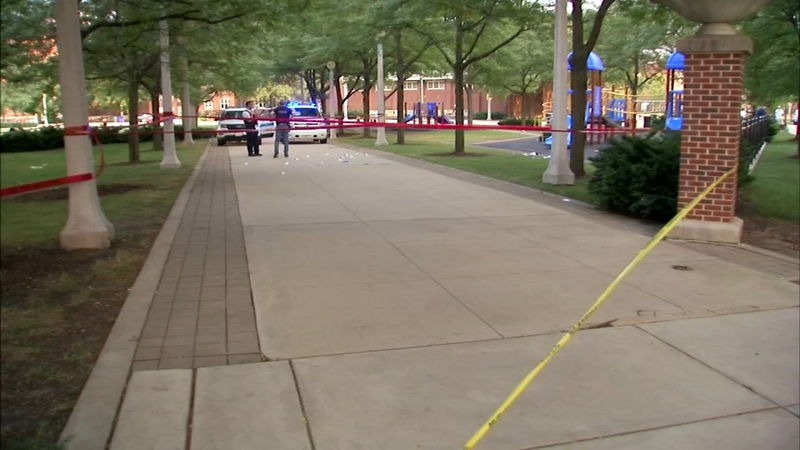 3 men shot near Seward Park on Near North Side

CHICAGO (WLS) -- Three men were shot and wounded Saturday afternoon near Seward Park on Chicago's Near North Side as children were leaving a back-to-school peace rally.

The incident occurred at about 6 p.m. in the 300-block of West Division, according to Chicago police.

A person of interest was in custody Saturday evening.

One to three male offenders, ages 15 to 20, fired shots in the direction of the victims before running from the scene, police said.

Two off-duty Cook County sheriff deputies, who are brothers, drew their guns to try and stop one of the alleged shooters.

"One thing we were thinking was, 'Ya'll are going to rain on an event that was sponsored for the children and to promote peace,'" Marvin Edwards, one of the off-duty deputies.

The event was hosted by Brothers Standing Together. The organizers said they will continue to promote their mission of peace.