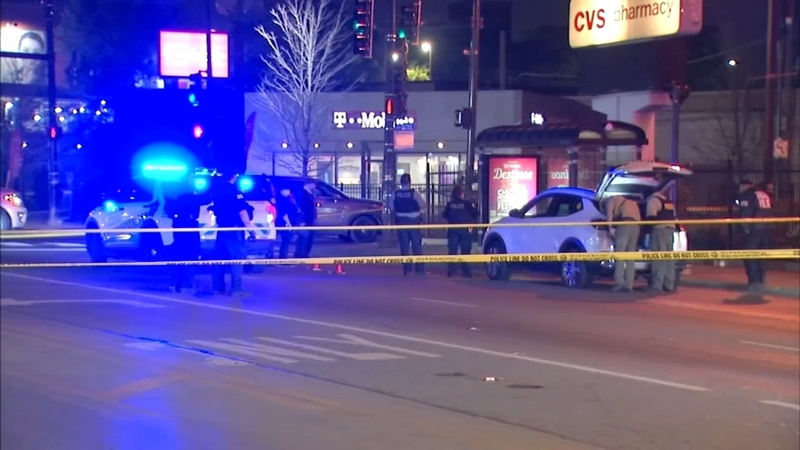 "I know people are scared," she said during a press conference Monday.

She said she made a formal request to Garland to send ATF agents to Chicago for six months, as well as more federal prosecutors and federal marshals to target those with outstanding warrants. Her hope is with their help they can strip illegal guns and drugs away from gangs and off the city's streets.

She said her goal is to "proactively and relentlessly bring peace to our city once and for all."

The city is currently facing a 25-year high in murders, with 767 so far and counting.

Lightfoot blamed the violence on gangs and too many illegal guns. Along with asking for additional federal help, she doubled down on her criticism of the courts, and called for a moratorium on violent offenders being allowed out on electronic monitoring.

"How many more have to die before there is an end to this dangerous practice of letting violent, dangerous offenders out into the very communities in which they are alleged to have caused harm, often without meaningful supervision, or in the absence of any meaningful intervention?" Lightfoot wondered.

The Office of the Chief Judge said in a statement, "We have been informed that the mayor made a statement regarding electronic monitoring, however, we have not yet received her request. We share the concerns about the tragic violence in our community."

"What they're going to have to do is be far more drastic than bringing in some federal agents and having prosecutor prosecute more cases," said former prosecutor Bob Milan. "You have to saturate these areas and you have to make people safe."

The mayor pointed out that she recognized that violence and crime are the "manifestations of deeper problems." And she also once again called for everyone to do their part.

"No one mayor or police superintendent can do this alone," she said. "We need partners, and partnerships that are broad and deep."

But in the communities routinely victimized by gun violence, organizers said it's organic neighborhood networks that need to boost the stunt crime before it starts.

"There are so many different organizations in city of Chicago that are doing great work, but if we're going to get federal resources it should fund those operations, not add more law enforcement on the street. That's crazy," said community organizer William Calloway.

Her overall plan already got disappointed reactions from some aldermen.

"I thought it was light on specifics for an action plan, for what we're going to do about the ongoing crisis and street crime, gang-related violence, gang-related shootings, carjackings and armed robbery," said 2nd Ward Alderman Brian Hopkins.

"For me, what I find most disappointing is that the mayor did a lot of asking but not a lot of leading," said 15th Ward Alderman Ray Lopez.

The mayor was also joined by other city leadership at the Garfield Park Fieldhouse.

Violent crime like shootings, carjackings and brazen retail thefts are all up in Chicago this year.
Last weekend, the I-Team reported that thousands of Chicago police officers had their days off canceled in order to deploy more officers in the Gold Coast and other retail corridors.

SEE ALSO: Gold Coast business owner calls on city to do more after thieves target dealership in smash and grab