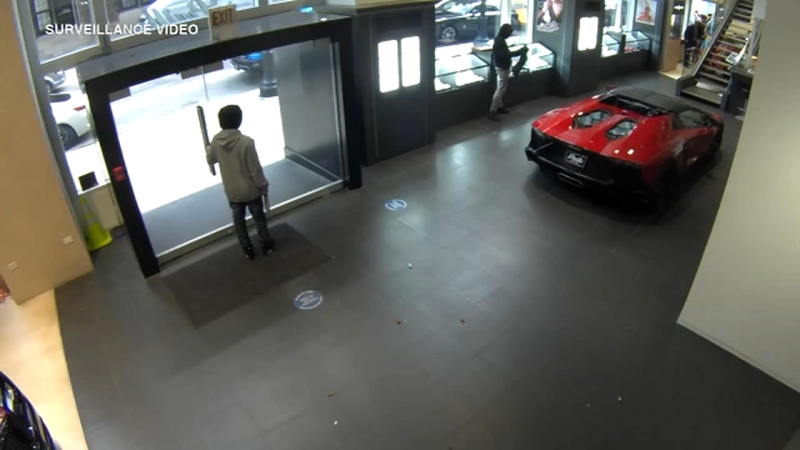 After a weekend heist by armed smash and grab thieves, netting the gun-wielding burglars tens of thousands of dollars worth of jewelry, they have begun keeping their Rush Street showroom doors locked and prefer customers shop by appointment only.

"To run a business! It's wrong. It's terrible," said Joe Perillo, co-owner of Bentley Gold Coast.

After declaring enough is enough, the luxury car dealership owner is still frustrated.

He again called on local leaders and the judicial system Wednesday to hold criminals accountable by cracking down on violent robberies in the city.

"I think what we should have is law and order," he said.

The head of the Perillo Motors Group shared his solution to the violence, with the support of the community, faith leaders and others.

"If we continue as citizens to accept this abnormal behavior as normal behavior, someone just coming into your place and stealing. We can't live like this," said community activist, Pastor Anthony Williams.

Williams said the community should be supporting local businesses and wants Illinois' governor to sign an executive order outlining a plan of civility.

"We live in a society where you pay the price for what you do," Ford said.

Last month, the Chicago Police Department issued an alert to businesses warning of a prior spat of smash and grab robberies, while Mayor Lori Lightfoot has urged businesses to do more to protect their establishments.