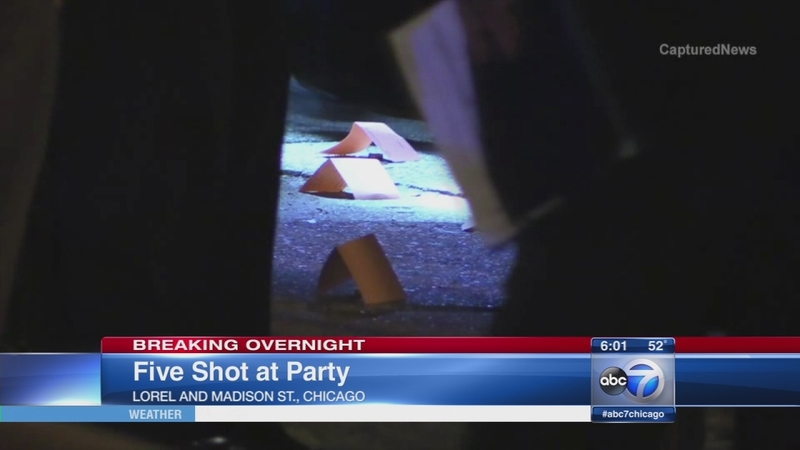 CHICAGO (WLS) -- Five people were injured, one critically, by gunfire outside a party at Madison and Lorel in the South Austin neighborhood, Chicago police say.

Police say the victims were all standing in a courtyard outside of a party when a person came out of a gangway and fired multiple shots at the crowd. Five people were hit, three women in their 30s and two men in their 20s.

Police are investigating. No suspects are in custody.