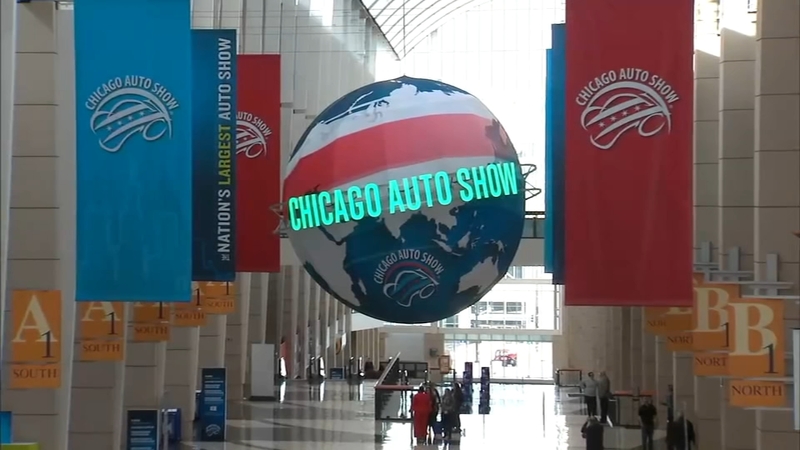 Lightfoot made the comment after a city council committee renewed the city's annual special events ordinance authorizing a full calendar of city-run summer events. It's normally routine business, but this year, it's anything but.

"There's no question that for the economic recovery of the city, we need to support the arts and cultural landscape," said Mark Kelly, Chicago Special Events & Cultural Affairs Commissioner.

The action does not necessarily mean certain events will happen, it just makes it possible. But after the year we've had, it's a sign of hope.

But how to pay for it? The city's special events budget has been slashed in half because it's primarily funded by hotel tax revenue.

There's hope that the Chicago Auto Show will soon get the 'green light' for a summer return.

Officials said Taste of Chicago and the Air & Water Show are currently not included in the budget.

"We're not prepared to make a final determination of what will happen with Taste or not, but we'll be announcing that in the next couple of weeks," Kelly said.
Officials see hope in the newly-approved federal stimulus funds, with Chicago set to receive nearly $2 billion dollars. But questions remain.

"A lot of that money is coming through specific grant streams," Lightfoot said. "It's a money, to be sure, and it's a lot of money, but most of it is coming with a lot of strings attached in how we can utilize those funds."

Earlier this week, the city approved limited fan attendance for Cubs and Sox games starting this spring- another sign of optimism the city is turning the COVID corner.

"We know that there will be reopening guidelines that will affect, and obviously where we are in recovery, will dictate what we're able to produce," said Jennifer Johnson Washington, Chicago Special Events Director.

Wednesday's committee approval sends the measure to the full city council, which along with the mayor, will need to sign off.

Planning is also in the works for the return of conventions. Chicago Auto Show organizers are meeting with the state on Thursday.

The meeting could lead to a green light for other trade shows and conventions at a time of economic need.

"If we can get the auto show in, because of the unique aspects of it that are different from trade show, we can show the way, and that will open McCormick Place back up," said Dave Sloan, Chicago Auto Show General Manager.

Illinois' Deputy Governor Dan Hynes told Crain's Chicago Business: "We have faith we can host the auto show on July 15, barring some dramatic change in the trajectory of the pandemic."