Convenience and affordability have made Uber and Lyft extremely popular, but they're also a cause of backed up traffic and potential safety hazards on the roads.

CHICAGO (WLS) -- Convenience and affordability have made Uber and Lyft extremely popular, but they're also a cause of backed up traffic and potential safety hazards on the roads.

The I-Team captured driver after driver doubled parked or sitting in front of traffic, all waiting for tardy Uber and Lyft passengers as other cars drove around.

Once you had to actually go outside and hail a cab. Now most people open an app and your ride comes directly to you. The problem is that some people are calling from the comfort of their own couch or office.

"When I walk down there they need to be there and I gotta go," explained rideshare passenger April Lawson.

"It is illegal to do no matter who's doing it. It's a traffic hazard, it's a danger to pedestrian traffic as well as to other vehicle traffic," said David Bradford, executive director of the Northwestern Center for Public Safety.

Bradford said cabs and delivery drivers could also be blamed for double parking, but some angry motorists said they believe the popularity of rideshare is making things worse.

"It's very frustrating, we have a lot of places we have to go but we just don't want to have to wait for someone else," said Marie Butler.

The I-Team even saw some rideshare drivers getting tickets or getting shooed away by police.

"And we cause traffic behind us and we get beeps," said Hasan Alwan, driver.

"Well you hope they are ready when you get there so you don't have to sit around, but as you can see I'm sitting here waiting. Sometimes I'll call them, which I was just about to do," said driver Chris Stephens.

And all of it at a time when traffic is slower. The Chaddick Institute at DePaul University recently published a study showing that average speeds across the city have decreased. The analysis found that 25 of the city's 29 traffic regions had lower speeds in 2017 compared to 2013. The study doesn't mention rideshare - Uber X and Lyft launched in Chicago in 2013.

"Well either they tell people to go to the next street either way and wait on a corner, but sometimes corners aren't any good either," Stephens said.

Some drivers said the solution could be to add "pick up zones" like at O'Hare and Midway.

"We do need rideshare pick up zones, I feel like that would be a great thing to do, you know," Alwan said.

No word from the city on the idea of rideshare zones, but the Department of Finance told the I-Team that just weeks ago it tripled its double parking fines to $300 in the central business district. The fine remains $100 everywhere else.

The department also said it performs debt checks on drivers who can be removed from platforms if they don't pay tickets.

Uber said it informed drivers of the fine increase and "All Uber driver-partners are expected to comply with local regulations and we routinely provide drivers with resources to help them safely navigate the rules of the road."

Lyft said it's "...committed to providing a responsible ride experience for both passengers and drivers. We expect and encourage all drivers to obey local traffic laws, including waiting to find a safe and legal location to pick up and drop off passengers."

Both apps alert passengers to be outside, waiting for their ride.

Those ridesharing apps are only expected to keep growing in popularity, especially with the addition of a "pool" option where strangers share a car to make costs even lower.

In fact, the CTA partially blamed rideshare for an almost 4 percent decline in train and bus rides in 2017. 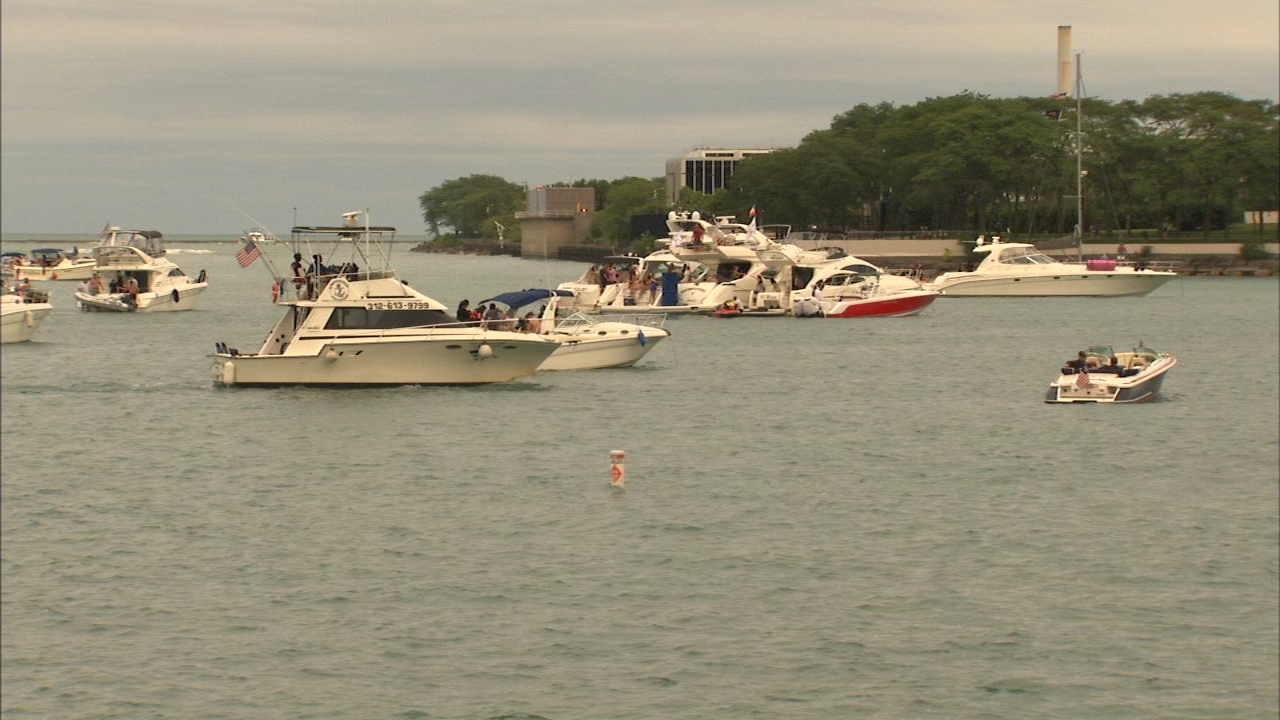