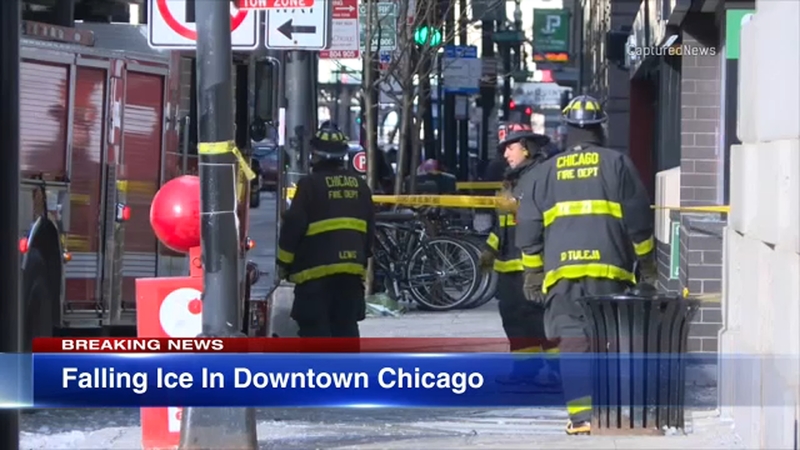 CHICAGO (WLS) -- Sidewalks around skyscrapers in downtown Chicago and on the Near North Side have been closed to pedestrians Wednesday to protect them from falling ice.

Around the Willis Tower, the former Hancock Center and near Boeing headquarters, large portions of sidewalks have been shut down and blocked off as chunks of ice fall from great heights.

The city is hoping to protect residents and visitors from the chunks of falling ice, though near Boeing headquarters a man was struck on the head. He was taken to a local hospital for treatment.

The closed sidewalks may be an inconvenience, but those who work in and around the skyscrapers said it's a necessary one.

"Probably the best solution they have right now, short of installing a net or something at the top," said Mark Moahan, who works in the former Hancock Center.

Workers in the skyscrapers said that they can actually hear the falling ice from inside their offices, on its way down, which they said is somewhat alarming.

At Navy Pier, the Centennial Wheel has also been shut down Wednesday due to ice and winds.

Several thousand houses in the suburbas are still without power days after a snowstorm hit the Chicago area.

Thousands of families are still in the dark and without heat Wednesday after the snowstorm on Sunday and Monday.

As of 9 p.m. Wednesday, ComEd said less than 1,000 customers remained without power in the Chicago area.

ComEd said crews are working around the clock to restore service. Many people in Arlington Heights are without power for the third day straight.

ComEd says they are working to fix the downed power lines causing the outages, but the power utility poles which were knocked down by the strong winds and heavy snow have led to major delays.

In Palatine, Yesenia Malagon stayed home from work, waiting for someone to fix her electricity. Her family has been waiting for three days while food in the refrigerator goes bad and they boil water on the stove to try to keep warm.

Down the block, contracted crews from Iowa were working on the downed power lines causing the neighborhood's outage. ComEd crews were also out in neighborhing Arlington Heights to repair lines knocked down by tree branches. Residents are frustratd.

Terry Donnelly, ComEd's president, said they have been challenged by the nature of the storm, which he described as an ice storm that became a blizzard.

Wednesday morning, Jean Pahlke scrambled to get her daughter, Amy, ready for the bus.

"We are working our way through it, but it is difficult," Pahlke said.

The family lost electricity during the winter storm on Sunday and the power is still not back on. The Pahlkes said they have called ComEd several times.

"We have medical issues here," Pahlke said. "I have a daughter who is a quadriplegic and I said I have a husband who has some medical issues. I said we don't have power whatsoever."

Without power, Amy cannot use her electric chair lift or her other medical equipment she needs to get around the family's Arlington Heights home. After three days without those medical supplies, Jean said it is not just an inconvenience, but a danger.

"They have to take into consideration that there are many people that are not well at home and they are dependent," Pahlke said.

Pahlke said ComEd told her that her power could be restored Wednesday afternoon. She moved her daughter to a relative's home with electricity.

What homeowners need to know about damaged trees and fallen branches after snowstorms.

Dozens are depending on generators, while others in the northwest suburbs checked into hotels. Many people said they are still waiting for an update from ComEd.

"It is frustrating, four days and no power and two days to even get any updates," said Vince Variano, who is without power. "The biggest problem is trying to figure out how much to plan for and when we are going to come back."
CLICK HERE for the latest 7-day outlook from the First Alert Weather Team: 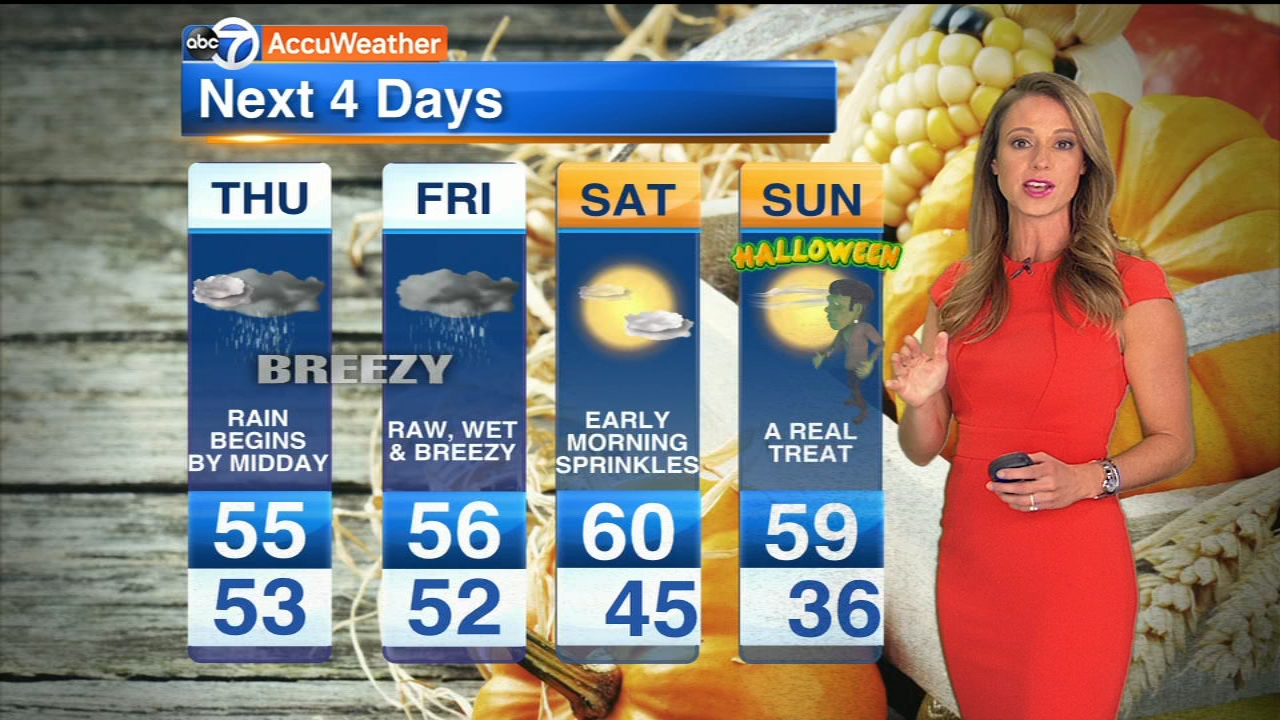 ABC7 AccuWeather Forecast
Breezy with rain by noon Thursday. Highs in the mid-50s.

People are frustrated with the situation and the lack of updates. Arlington Heights Village Manager Randy Recklaus said the power company was too slow to respond.