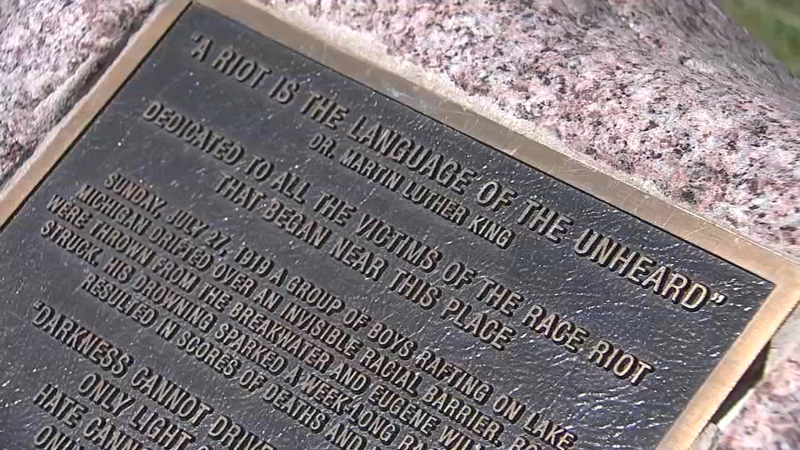 CHICAGO (WLS) -- Two years before the Tulsa Race Massacre, Chicago saw its own race riots when 38 people were killed.

Chicago's racial divide deepened in the summer of 1919.

Deadly race riots began when teenagers at the "black" beach floated to the "white" only part of the beach.

It was a moment in Chicago history that laid a foundation for inequities like what would happened in Tulsa two years later.

Chicagoan John Rogers Jr. testified before Congress last year about the impact on his family when his great grandfather's hotel was burned in 1921

"Imagine what the Stradford Hotel, or the Greenwood section of Tulsa known as Black Wall Street, would be like today," said John Rogers Jr., CEO of Tulsa Descendant & Ariel Investments

"Where would the grandchildren be right now economically what would wealth look like in America had that not happened," said Franklin Cosey-Gay, UChicago's Crown Family School of Social Work.

"In the U.S., the central paradox is past and present is inequity and we've failed to achieve that," said Peter Cole, Western Illinois University.

Cosey-Gay and Cole are co-directors of The Chicago Race Riot of 1919 Commemoration Project.

"This story around Tulsa the story around the Chicago race riots are definitely connected the to wealth gap and it needs to be uplifted," said Cosey-Gay.

"The uprisings that began last summer are sort of proof that there are a great many of us that refuse to accept that reality and we want to do better and we can help," said Cole.