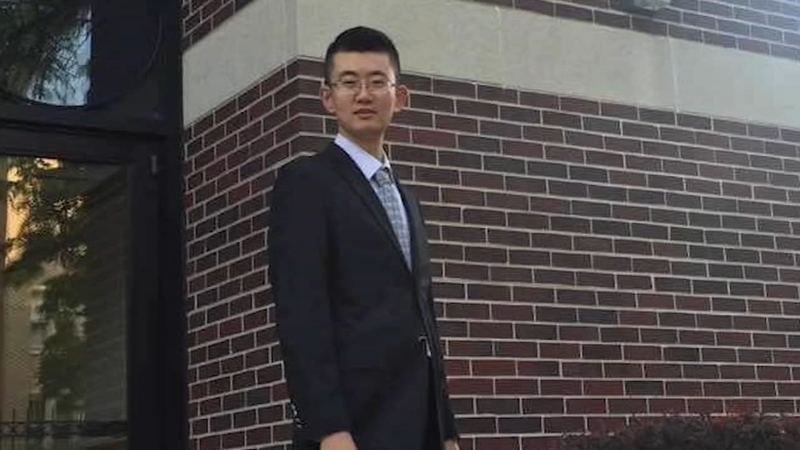 CHICAGO (WLS) -- The spy case against a former U.S. Army reservist and student at Illinois Institute of Technology wasn't a one-man espionage show, according to federal investigators.

Ji Chaoqun's federal court appearance in Chicago on Thursday is routine, in an anything-but-normal case. Chaoqun is charged against the backdrop of a possibly wider Chinese scheme to siphon intelligence information overseas.

Chaoqun and a similarly-accused spyman in Cincinnati, Ohio, shared the same foreign connection according to authorities, what's known in intelligence circles as a "handler." That link is pointed out in federal court records examined by the I-Team.

Chinese national Chaoqun, 30, is charged with providing intelligence officials in China with background check information on eight American citizens including defense contractors, federal investigators say. He had arrived in Chicago in 2013 with a student visa to study electrical engineering at IIT on the South Side but since being arrested has been locked up at the Metropolitan Correctional Center in the Loop for allegedly violating America's Foreign Agents Registration Act.

In the Cincinnati case, Yanjun Xu is being held on charges he tried to steal trade secrets from GE Aviation, the giant military contractor and manufacturer. Xu, 40, is accused of downloading GE Aviation records onto his personal laptop and then smuggling them on a flight to China. As part of the charged scheme, federal authorities said Xu had posed as a technology association official and invited a GE Aviation employee to travel to China for a presentation. Xu became the first suspected Chinese intelligence official ever extradited to the U.S. He was arrested in Belgium and is now being detained at the federal penitentiary in Milan, Michigan.

So, what's the connection between Cincinnati's Xu and Chicago's Chaoqun? While there is no indication the men were actual associates, commiserated in crime, or even ever met, the alleged link is buried in a Chicago court file.

According to the FBI, Chaoqun and Xu shared the very same covert, Chinese handler. U.S. authorities say the Chinese man assigned to secretly oversee both assignments, met with each alleged operative separately. They would get together in secret locations, frequently hotel rooms, but for the same alleged purpose: provide "information as a benefit to the Chinese government."

Chaoqun is charged in Chicago, but not in the Cincinnati case.

Xu is charged in Cincinnati but not in the Chicago case.