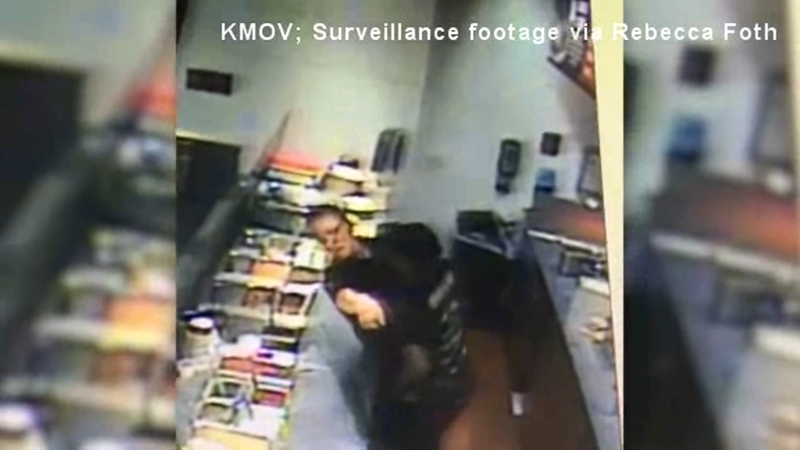 KIRKWOOD, Mo. -- A former manager is demanding compensation after being assaulted on camera and then fired from a St. Louis-area Chipotle restaurant.

Rebecca Foth posted a video to Facebook showing her being confronted and punched by another employee on Dec. 5 at the restaurant in Kirkwood, Missouri.

Foth was the restaurant's general manager and said the assault happened when she told the employee, who Foth said quit a day earlier, that she could not work and had to leave.

"I knew I was going to get hit," Foth told KMOV-TV. "I was actually scared. It was kind of open-handed, hit on my neck right here, lifted me off the ground, forced me into the condiment section."

Foth said she immediately looked to see if any customers had witnessed the incident.

"The two customers actually ran out of the building, they were scared," Foth said.

Foth declined medical treatment at the scene but said she later went to the hospital. She said she had torn back tissue, severe bruising on her neck and shoulders and continued to have additional heart tests.

Kirkwood police said the woman who assaulted her was arrested on a third-degree assault charge, but they are not releasing her name because the charge is pending.

Foth said the restaurant called her after the assault.

"They weren't calling to check on my wellness, they were calling to ask why the business wasn't earning money," Foth said. "I was fired on the 11th, December 11th, the reason being, they told me, I have actually recorded, is because I cursed at my supervisor. I used profanity toward him ... because he was rehiring people that I terminated."

In a statement, a Chipotle spokeswoman says the company offered Foth "immediate support" and that they followed up to make sure the "workers compensation process is underway." It also said Foth's termination was unrelated to the incident in the video.

Foth said the company should do more in response to this situation.

"I want compensation for all the time I've put in, three months with no days off, for being assaulted, my medical bills, of course, and then my job that I lost," Foth said.

The full statement from Chipotle can be read here: "We prefer not to comment in public on employment situations to protect the privacy of our employees. We offered the manager support immediately after the event and have followed up to ensure the workers compensation process is underway. Her departure from Chipotle is not related to this event. The other employee in the video was terminated after the incident."