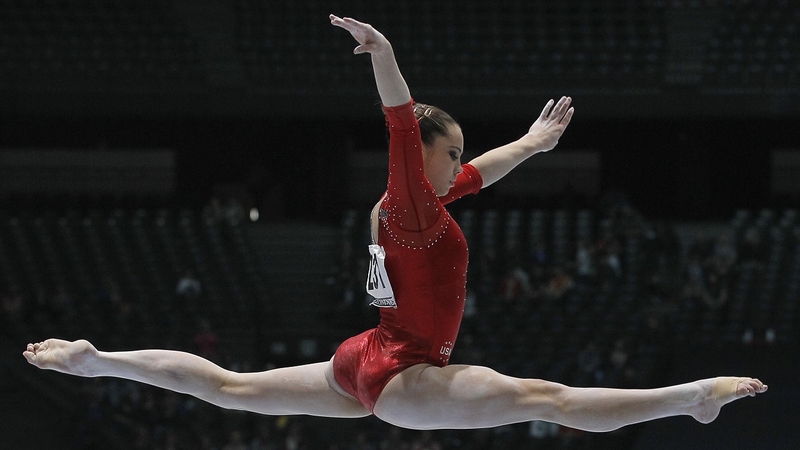 Women described how he sexually abused them, many over the course of decades.

"You used my body for six years for your own sexual gratification," said assault survivor Kyle Stephens. "You broke and shattered a lot of girls."

One hundred twenty-five women and girls have filed civil lawsuits against Nassar. His accusers include olympians Simone Biles and McKayla Maroney.

Maroney reached a settlement over her claims and faces a $100,000 fine if she speaks at Nassar's hearing.

Chrissy Teigen is offering to help her share her story.

The entire principle of this should be fought - an NDA to stay quiet about this serial monster with over 140 accusers, but I would be absolutely honored to pay this fine for you, McKayla. pic.twitter.com/lsBEgEqZpD

She called Nassar a "monster" and said she would be absolutely honored to pay the fine so Maroney can talk.

USA Gymnastics released a statement:USA Gymnastics has not sought and will not seek any money from McKayla Maroney for her brave statements made in describing her victimization and abuse by Larry Nassar, nor for any victim impact statements she wants to make to Larry Nassar at this hearing or at any subsequent hearings related to his sentencing. This has been her right and USA Gymnastics encourages McKayla and anyone who has been abused to speak out. USA Gymnastics remains focused on our highest priority - the safety, health and well-being of our athletes and creating a culture that empowers and supports them.
Report a correction or typo
Related topics:
sportscaliforniacourtsex assaultdoctor arrestedgymnasticscourt casesex crimeu.s. & worldchild sex assault
Copyright © 2021 KGO-TV. All Rights Reserved.
RELATED
Simone Biles reveals sexual abuse by Team USA doctor
Olympic gymnast accuses team doctor of molestation
Lawsuit: McKayla Maroney paid to keep quiet about abuse
Gabby Douglas alleges she was abused by USA Gymnastics doctor Larry Nassar
TOP STORIES
Baldwin: 'My heart is broken' after accidental film set shooting
Laundrie family attorney speaks out after discovery of Brian's remains
Man admits to throwing wife's body out of plane after killing her
IL reports 2,969 COVID cases, 27 deaths
Source of Dixmoor water problems identified
Rare bacteria found in Walmart room spray linked to 2 deaths
Peter Scolari, 'Bosom Buddies' and 'Newhart' star, dies at 66
Show More
Chicago Sky Champ Dana Evans and the Illinois Holocaust Museum
Kenosha police dog a 'hero' for taking bullet from murder suspect
Private funeral for Chicago civil rights activist Timuel Black
Chicago White Sox mascot 'Southpaw' in running for Mascot Hall of Fame
Officials release cause of family's mysterious death on hiking trail
More TOP STORIES News