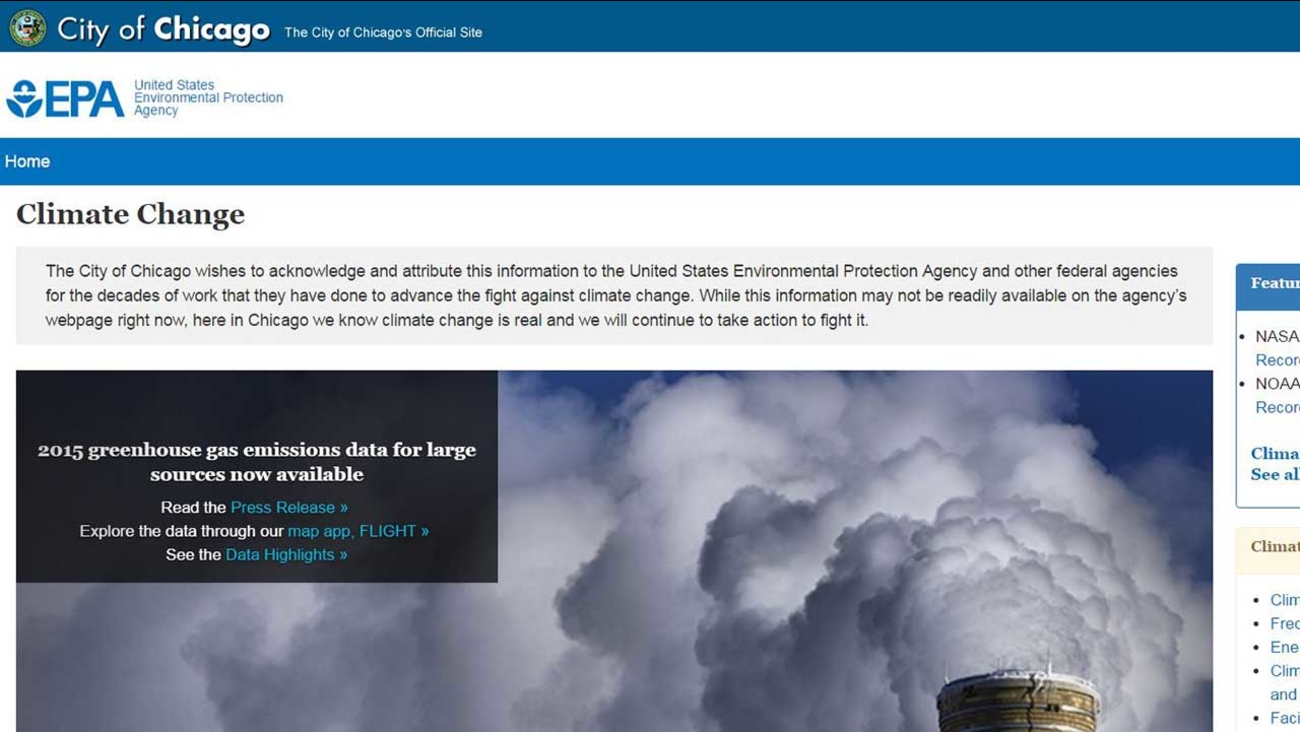 The "Climate Change is Real" (www.cityofchicago.org/climatechangeisreal) website includes information that the Trump administration removed from the EPA website on April 29. Federal officials said the EPA website was being updated to "reflect the approach of new leadership."

EPA Administrator Scott Pruitt has expressed doubt about the cause of climate change and skepticism of the role carbon dioxide plays.

"The Trump administration can attempt to erase decades of work from scientists and federal employees on the reality of climate change, but burying your head in the sand doesn't erase the problem," Mayor Rahm Emanuel said in a statement Sunday.

Emanuel urged other U.S. mayors to do the same thing.

According to the Emanuel's office, the new website "includes information on the basic science behind climate change, the different ways in which weather is impacted from increased greenhouse had emissions, and actions the federal government has taken to reduce the impact."

The Department of Innovation and Technology released a new tool that allows users to save, archive and preserve open data from public data portals, such as the EPA site. (For more information about the tool, click here.)

Emanuel also used the EPA website announcement to tout Chicago's environmental record, including reducing carbon emissions by 7 percent from 2010 to 2015, while the region's economy grew 12 percent.