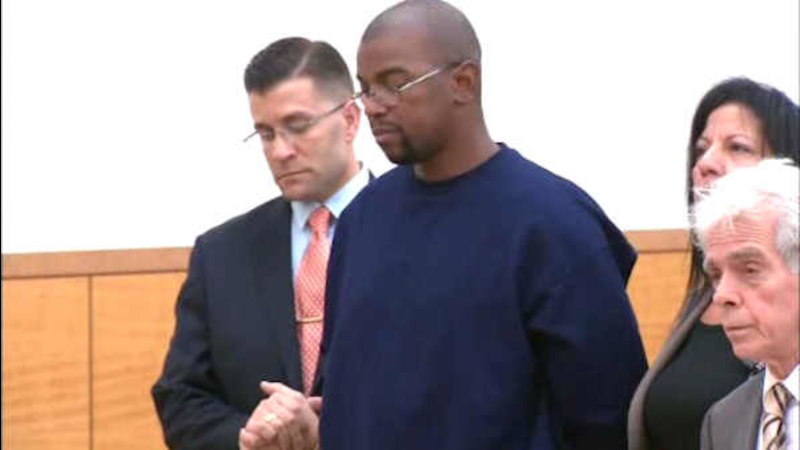 BUSHWICK, Brooklyn -- Authorities say a 38-year-old man has been indicted for the murder of a teenager from Bushwick in 2004 after a DNA analysis of the victim's fingernails requested over the summer turned out to be a match to the defendant.

The naked body of Sharabia Thomas, 17, was discovered on the afternoon of February 11, 2004 inside two laundry bags on the side of an alleyway adjacent to 130 Palmetto Street in Bushwick, according to investigators.

The victim suffered blunt force trauma to her head, face and torso and had visible ligature marks on her wrists and ankles. The cause of death was determined to be asphyxia by neck compression. There was no evidence of a sexual assault.

The investigation determined that Sharabia did not go to school that day and was last seen alive earlier that morning when her siblings left for school. DNA testing in 2004, using swabs from the sexual assault evidence kit, yielded no results.

In June 2016, the NYPD's Cold Case Squad and the Brooklyn District Attorney's Forensic Science Unit requested that fingernail clippings taken from the victim at the time of the autopsy be located and tested for DNA.

The Brooklyn DA said the DNA was a match for Kwauhuru Govan, 38, formerly of Gates Avenue in Bushwick, who was living in Florida and had been in jail for an armed robbery conviction two years ago.

"This office is committed to pursuing this case and prosecuting him to the fullest extent of the law and hopefully give justice to this family," said Acting Brooklyn District Attorney Gonzalez.

The DA's office says the suspect has denied knowing the teenage girl, but they lived just two blocks apart at the time of her death.

Govan was arraigned Thursday on one count of second-degree murder and one count of first-degree kidnapping and ordered held without bail. He faces up to 25 years to life in prison if convicted.

"Sharabia bravely fought for her life when she was attacked and the evidence that helped to find her alleged killer was discovered under her fingernails," aid Gonzalez.

Govan's defense attorney downplayed the DNA evidence and Govan himself says he has been framed.