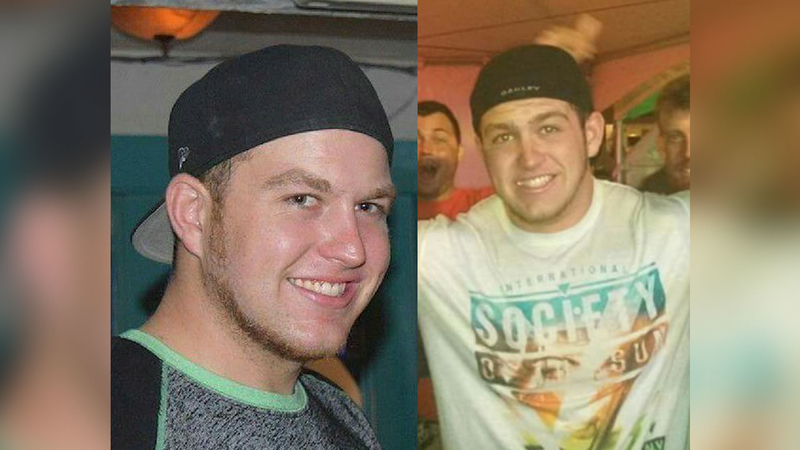 BENSON, North Carolina -- The family of Christopher Cole Thomas, in collaboration with the CUE Center for Missing Persons, is offering a $10,000 reward for information on his whereabouts.

The 22-year-old has been missing for 12 days and disappeared under unusual circumstances. His Florida father has spent the last week and a half in North Carolina searching for him.

The bizarre incident happened in Benson on Nov. 25. According to investigators, two friends riding with Cole Thomas say he suddenly stopped the vehicle, jumped out and ran away.

The friends allegedly tried to chase after Cole but were unsuccessful in catching up to him so they called police.

The father, Christopher Thomas, said he is not sure why his son - who goes by Cole -- would have taken off after stopping in Benson. Cole and his friends had been traveling on Interstate 40 and were headed to Durham.

That is why he is here from Florida -- to try to get answers from Benson Police.

On Wednesday, the father met with police.
The SBI is now involved because Benson Police believe Cole may be in danger.

Cole was last seen at the intersection of Morgan and Elm Street.

Benson Police released the last known photos of Cole Thomas, taken from a security camera the night he was reported missing.

Cole's father says he didn't know the friends who were with Cole that night.

He says he still believes his son is alive.
Meanwhile, family members have set up a GoFundMe page to help with Thomas' search for his son. Just click the link if you'd like to help.

The Benson Police Department said Cole Thomas is approximately 6-1, and weighs about 230 pounds, with brown/blond hair and blue eyes. In the security camera photos, he is wearing a blue t-shirt, black pants, and a blue and white baseball cap.