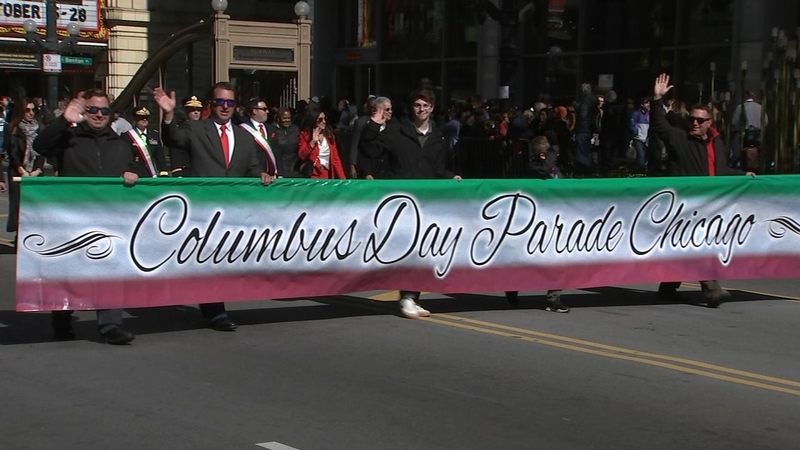 CHICAGO (WLS) -- A group of aldermen and several Italian American groups have filed a complaint calling the Chicago Board of Education's decision to replace Columbus Day with Indigenous People's Day illegal.

Every October, the city's Italian American community celebrates Columbus Day with a large, vibrant parade downtown. While that celebration won't change anytime soon, the holiday will no longer be observed by Chicago Public Schools.

The Chicago Board of Education voted last week to replace Columbus Day with Indigenous People's Day. It's a movement that's been gaining momentum nationwide over the last several years.

"Italians were once second-class citizens and it will not be allowed to happen again," said Sergio Giangrande, of the Joint Civic Committee of Italian Americans.

Speaking out against the decision, a coalition of Italian American groups joined by several aldermen denounced the move on Wednesday. They're demanding an immediate reversal based on what they say is a violation of the Illinois State Board of Education Code, which requires public hearings to be held before rescinding a holiday.

"We oppose this. We're fighting this through the legal process," said Alderman Nicholas Sposato of the 38th Ward. "I believed right off the bat this was an illegal act or wrongful act."

But was it? The executive director of the Indian American Center of Chicago showed ABC7 a letter on Illinois State Board of Education letterhead Wednesday that states in part, "A school district is free to name such holiday as it sees fit... Renaming this holiday does not constitute a violation of the school code."

"It doesn't change any teacher's work schedules and does not affect teaching time outside of school," said Heather Miller. "This isn't anti-Italian. We are more than happy to celebrate the amazing contributions Italian Americans have made to this country. What we don't want to celebrate is this idea of colonization and genocide that is recognized by the figurehead of Columbus."

Chicago Public Schools said Wednesday that no statutes were broken.