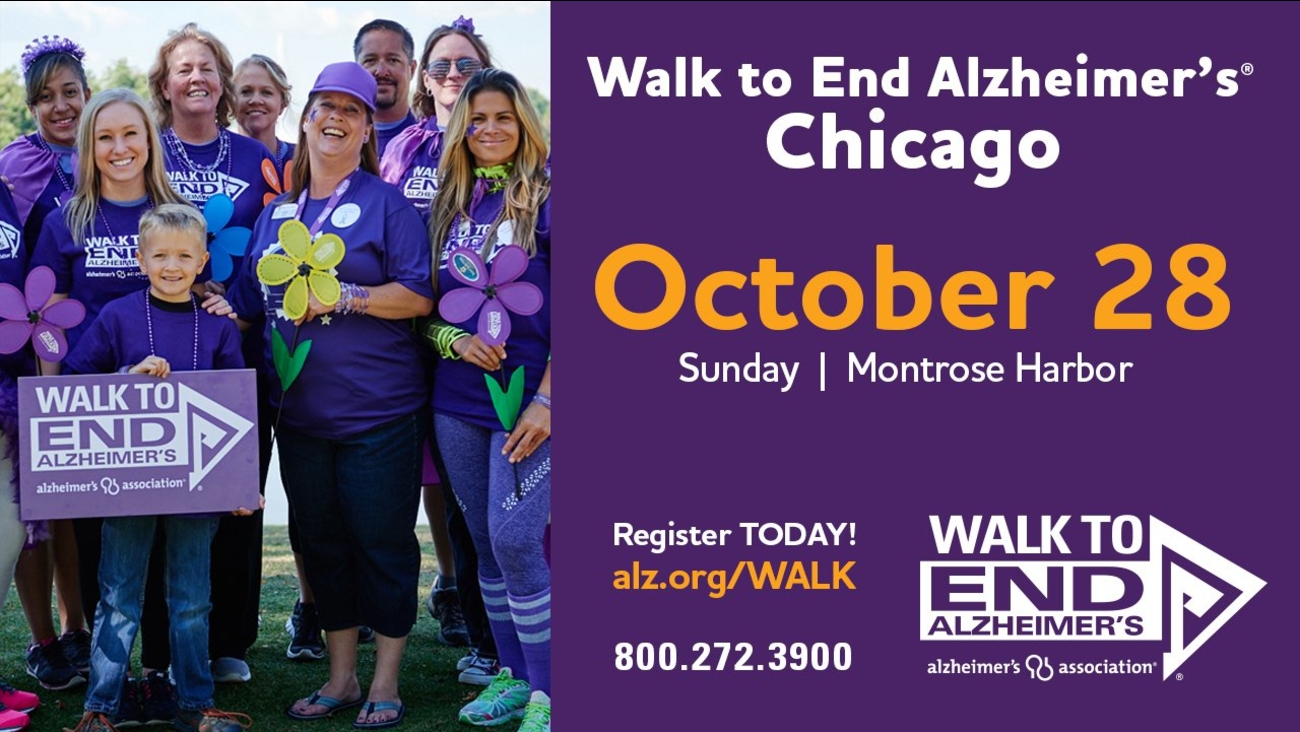 PRESS RELEASE -- More than 5,750 Chicagoland residents will join the fight to end Alzheimer's disease at the Alzheimer's Association Walk to End Alzheimer's. In 2017, the Chicago Walk raised $1,220,513, contributing to the more than $4 million raised in Illinois alone for Alzheimer's care, support and research efforts.

In Illinois alone, there are more than 220,000 people living with the disease and 590,000 caregivers. In the United States, more than 5 million Americans are living with Alzheimer's disease, the sixth-leading cause of death and the only disease among the top 10 causes that cannot be cured, prevented or even slowed. Additionally, more than 16 million family and friends provide care to people with Alzheimer's and other dementias.

Register today. Sign up as a Team Captain, join a team or register to walk as an individual at alz.org/walk.