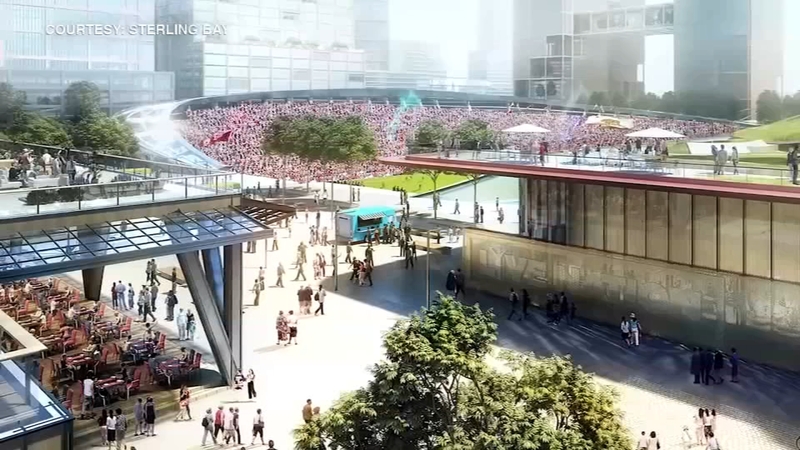 Live Nation is the parent company of Ticketmaster, which books and sells many of the concerts that come to Chicago.

The company hopes to build, manage, and book events for between three and five venues in Lincoln Yards.

Earlier this month, Chicago Cubs owner Tom Ricketts announced that he would partner with Sterling Bay to bring a United Soccer League expansion team and 20,000 seat stadium to Lincoln Yards.

According to Sterling Bay's website, Lincoln Yards will occupy 70 acres of riverfront between Lincoln Park and Bucktown, on the A-Finkl and Sons steel plant lot.

Previously, Amazon visited the site during its search for a second headquarters location.

"That's not good for anybody to have empty sites, so i just think it's a question of balance," said Lincoln Park resident Heather McWilliams.

Although the development is expected to revitalize the area, Alderman Brian Hopkins of the Second Ward said the proposal needs to address infrastructure and transportation issues.

"We need at least one additional bridge over the Chicago River," Hopkins said. "We need to expand the infrastructure that currently supports from a public transportation standpoint."

The company has proposed relocating the Clybourn Metra Station and adding shuttle service to L stops to service the development.

Lincoln Yards will also include hotels, restaurants, a six-acre park and a 606 trail expansion, Sterling Bay said Thursday. However, some community groups said that a commitment to free public park space is still missing.

"Open space is not public space. It's controlled by the developer," said Alderman Michele Smith of the 43rd Ward. "It's used for the purposes that the developer wants instead of the public."

Before work on the development can move forward, a formal proposal must be made, which will be followed by community meetings, zoning approval and approval by the city. The proposal is expected within the next 30 days.
Report a correction or typo
Related topics:
community & eventschicagolincoln parklive nationdevelopmentticketmaster
Copyright © 2021 WLS-TV. All Rights Reserved.
More Videos
From CNN Newsource affiliates
TOP STORIES