Protesters call for justice in police-involved shooting of Decynthia Clements

WLS
By John Garcia
ELGIN, Ill. (WLS) -- More than 100 protesters marched in Elgin Sunday to call for justice in a police-involved shooting.

Decynthia Clements, 34, was killed Monday morning after an hour-long standoff with Elgin police on Interstate 90. Protesters said police had no reason to kill Clements, who weighed only 90 pounds and was armed with a knife.

The protesters gathered in front of the Elgin police station. Elgin Police Chief Jeffrey Swoboda said he has met privately with many of those who protested.

Among those marching were several of Clement's relatives, who said they want answers. Clements left behind a teenaged son.

Lieutenant Christian Jensen, who shot Clements, has been placed on paid administrative leave during an investigation by Illinois State Police, Elgin officials said.

Swoboda has promised to publicly release dash- or bodycam video of the shooting once state police are done with it. He said he hopes to release it by the end of the week.

Protesters said the shooting is symptomatic of a longstanding problem.

"That's why we all out here," said Reverend Leonard Williams, Sr. "Today it's her. Tomorrow it could be somebody else's child." 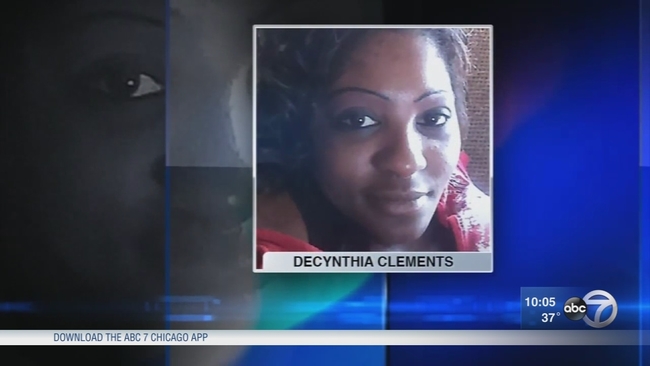