CHICAGO -- Several Democratic leaders are demanding an apology after Republican gubernatorial candidate Bruce Rauner greeted a man wearing a patch of the confederate flag during an ABC7 interview.

Rauner attended a picnic on Saturday afternoon sponsored by the ABATE Motorcycle Club, of which he's been a member since 2008. There, he shook hands with a man wearing a jacket with a confederate flag patch on the right arm with the words "fighting terrorism since 1861." 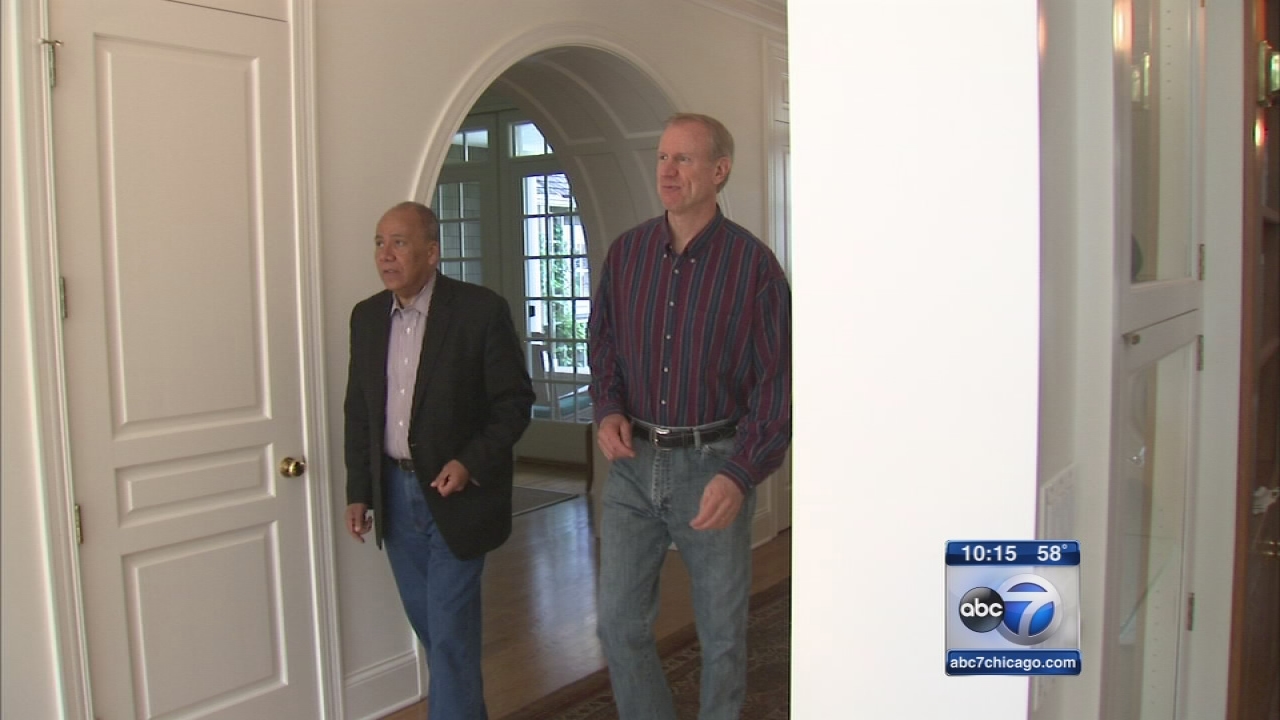 Rauner reveals self beyond campaign ads
Not only did ABC7 Eyewitness News get an exclusive invite to visit Bruce Rauner at his North Shore home, but we alsomet some of the people with whom he hangs out.

"When I'm out meeting with voters, I can't always control who I shake hands and who's in which crowd," Rauner said.

"As I was told as a child, you are judged by your associates and judged by to whom you choose to associate," Chicago Teachers Union President Karen Lewis said.

Governor Pat Quinn is trying to hold on to his democratic party's traditional strong support among African-Americans. Rauner says he won't not concede any group.

Hermene Hartman is the publisher of N'Digo Magazine and a supporter of Rauner.

"For the political powers to come after Bruce in that regard I think is kind of silly," she said. She believes the focus should be on lack of jobs and quality education. "Let's not play racial politics to the point of being stupid."