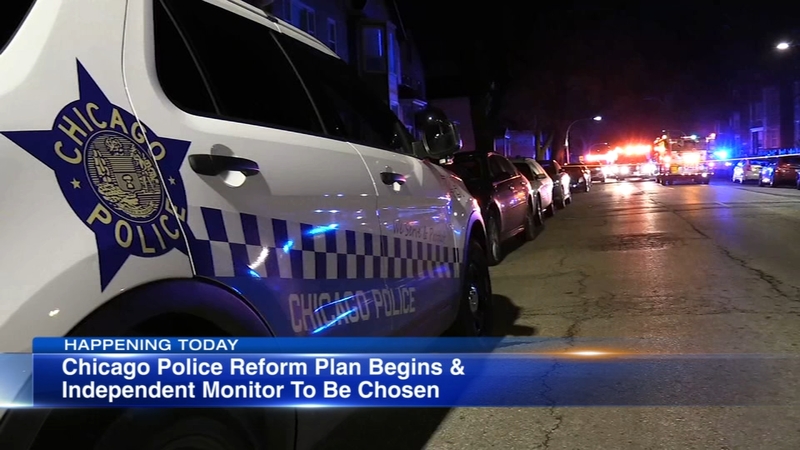 Friday, a federal judge will announce his choice for an independent monitor to oversee the consent decree. Either Federal Judge David Coar or one-time assistant U.S. Attorney Maggie Hickey will be chosen as the watchdog.

Against the backdrop of police shootings, the Justice Department in 2017 found a pattern and practice of civil rights violations by CPD officers.

A few months later at the Dirksen Federal Building, the Illinois attorney general filed suit against the city to enforce sweeping police reforms. That resulted in a consent decree which is a negotiated agreement between the State of Illinois and the City of Chicago that requires CPD to make several changes.

"We're not doing reform to police officers but with police officers, with community," said Walter Katz, deputy chief of staff for public safety in Mayor Rahm Emanuel's office. "I think when you take that approach of being inclusive both with community and officers you're on a pathway to success."

The deal requires the police department to publish use-of-force data monthly and tighten policy on when Tasers may be used. It requires officers to document each time they draw their weapons, changes the rules by which officers are investigated and requires the city to bolster wellness and counseling programs for officers.

"Maggie Hickey was an assistant U.S. Attorney," Safer said. "She was extremely accomplished."

As for Judge David Coar, Safer said: the fact that "he is an African American man, matters. I think that there is a definite advantage to having somebody who is of color involved high up in the team."