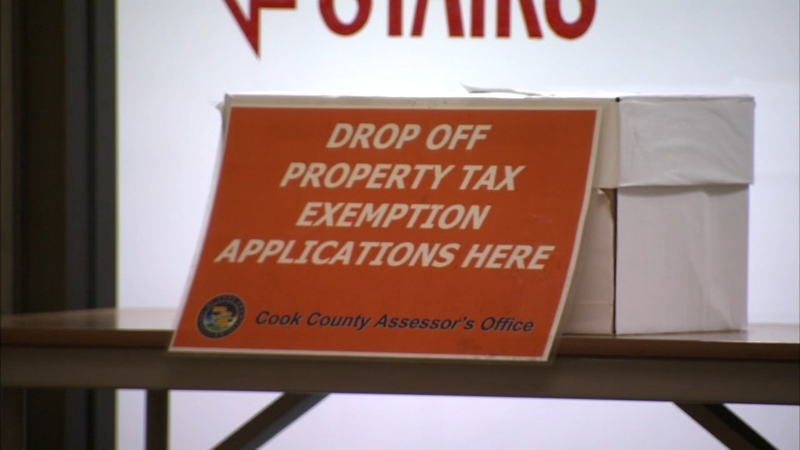 CHICAGO (WLS) -- Your upcoming Cook County property tax bills will likely not get to you by August 1.

There is controversy between three Cook County offices; a battle over your property tax bill and some questionable senior exemptions. That battle, along with COVID-19 will likely cause property tax bill delays.

"I think the public really doesn't like to see people bickering, they want to see problems fixed," said Cook County Assessor Fritz Kaegi. "If we really leaned into this, we found hundreds of cheaters. We will continue to catch more."

There is a growing controversy and a Chicago Sun Times report about the Senior Citizen Assessment Freeze Exemption and whether his office gave some seniors a tax break who may not have qualified.

A letter obtained by the ABC 7 I-Team from Cook County Clerk Karen Yarbrough and Treasurer Maria Pappas asked Kaegi Tuesday to sign a document asserting that his office reviewed and corrected all 2020 installment data under penalty of law. If he doesn't, they won't move forward issuing property tax bills to meet the August 1 deadline.

Kaegi said he's not signing it, and that it is mandatory for them to get the bills out.

"The (Cook County) State's Attorney sent out an opinion later today saying that, Clerk and Treasurer, you have to do your jobs and calculate the rates and send out bills so we consider the matter having been resolved and it's up to them to execute their duties," Kaegi said.

He also said his office finds people taking advantage of the senior exemption by searching for recipients who do not have an annual household income of $65,000 or less, as required.

"We've recovered about $11 million for taxing bodies that had been inappropriately claimed, And we're all constantly doing audits, we audited 40,000 exemptions for seniors last year, but we also want to make sure that people who are getting the senior exemption, don't have it taken away from them," said Kaegi.

The savings on questionable senior freeze exemptions could fall on all other county property owners.

"Well, if people are defrauding the system, it does affect others and that's why we have the investigations for people who are inappropriately getting them," says Kaegi.

The Assessor added that before this controversy, his office was facing delays due to COVID-19, which were already expected hold up the process of getting bills out on time.

Pappas gave the I-Team a statement saying she will send out the tax bills once she receives them from Yarbrough. Yarbrough did not respond to calls and emails by the I-Team. Pappas added that she believes "that the Assessor has an ethical responsibility to correct any data errors relating to Senior Freeze exemptions."

Cook County Board President Toni Preckwinkle's office told the I-Team exclusively it will introduce an amendment at the next board meeting, which would officially delay property tax due date to October 1. Now, it's up to the Treasurer's Office and Clerk's Office to get the bills out. If not, there could be further delays.

The Cook County Clerk's Office announced today that it has begun to calculate the property tax rates. I am ready, willing and able to print the tax bills as soon as I receive the necessary file from the Clerk.

I anticipate the bills will go out next month, with a due date of Oct. 1 - which was already the last day to pay without penalty, pursuant to a Cook County ordinance passed in the fall of 2020.

Before the bills are printed, as always, I will post the tax bills to cookcountytreasurer.com.