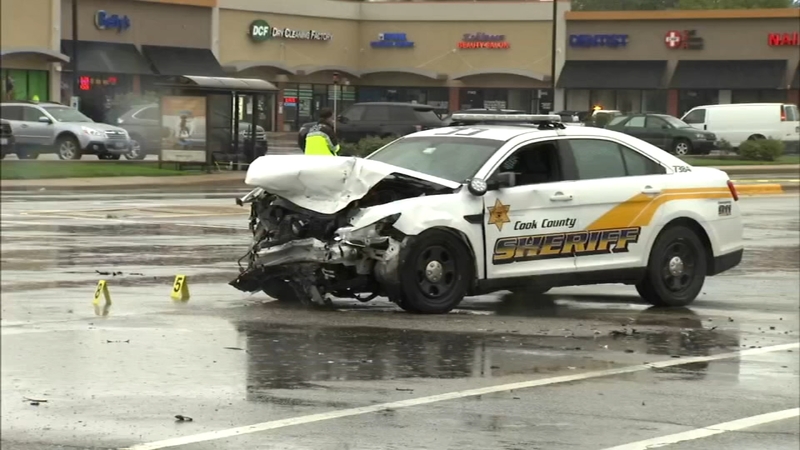 Niles police responded to a two-car crash involving the officer's squad car and a Honda in the intersection of Dempster Street and Harlem Avenue at about 5:47 a.m.

The officer's squad car was traveling east on Dempster when it struck the Honda traveling south on Harlem in the intersection, hitting the Honda in the passenger side, police said.

"This is what we would call a T-bone crash," said Niles Police Commander Robert Tornabene.

The driver, 69-year-old Ludwika Moskal of Norridge, and a passenger, 64-year-old Helena Lukasik of Chicago, were pulled from the car by the Niles Fire Department. They were transported to Lutheran General Hospital, where they were later pronounced dead.

"Preliminarily, weather may have been a factor, but until we get all the details back from the investigation, and we get toxicology, we won't know the whole details until then," said Commander Tornabene.

The intersection was closed for hours after the crash, reopened shortly after 11 a.m. The NORTAF Major Crash Assistance Team is investigating the crash.

"I don't have that information yet. We're looking at all surveillance cameras in the area as well as to see if there's any surveillance video that would assist us," Commander Tornabene said.