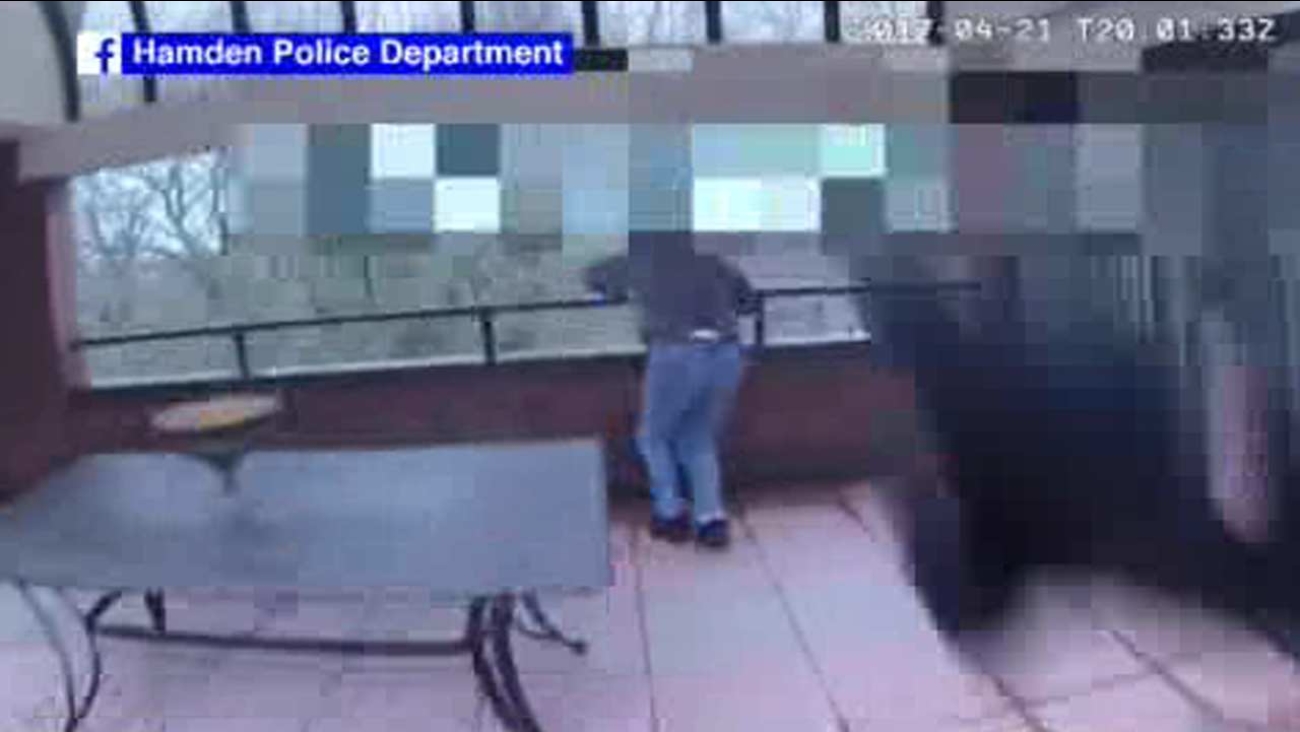 HAMDEN, Connecticut -- Hamden police are crediting one of their officers after he saved a man who was about to jump off a roof.

It happened last Friday afternoon at the Whitney Center on Leeder Hill Road. Police were called there for the report of a combative resident.

"He seemed like he was kind of bummed out, wasn't having a good day," Martin said.

While they met, the man ran from the third floor to the sixth-floor terrace, on the roof.

Dramatic body-cam video shows Officer Martin getting onto the terrace, just as the man was about to jump over the railing.

Officer Martin was able to pull the man to safety. The man was nearly over the waist-high railing when he was saved.

The resident was taken to Yale-New Haven Hospital for evaluation.

"He was able to help us avert a tragic situation," Rambarose said.

Martin, who played basketball in college, used his long reach to make the grab of his life.

"Everybody got to go home safe and everything worked out well. I was able to help the community that day and I'm really glad it turned out that way," Martin said.

Police wouldn't comment about whether they've been to Whitney Center for other incidents related to the man in the video.