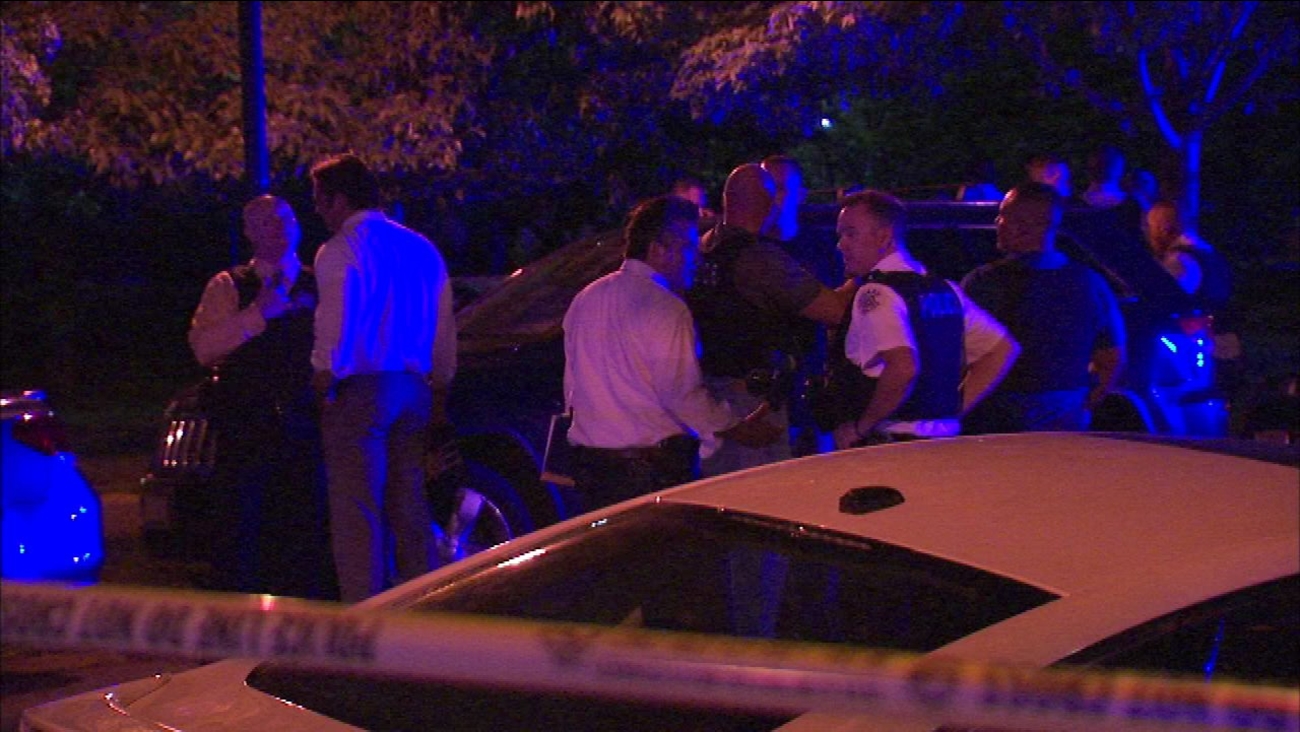 CHICAGO (WLS) -- A 44-year-old Chicago police officer who was shot in the South Loop was released from the hospital and is expected to be OK, thanks in part to his partner's quick thinking.

The tense moments as the call came in can be heard on police scanner audio released Thursday.

Officer: "(Inaudible) we're on our way."

Bike officers were patrolling the 1800-block of South Calumet Parkway when a neighbor flagged them down just before 8:15 p.m. and told them a man was drinking, acting strangely and watching some girls in a park.

When the officers approached the man, he was talking on a cell phone. When they told him to get off the phone, he pulled a gun out of his backpack and shot one of the officers in the leg.

Neighbors heard the shots and didn't know what to expect.

"It's very concerning with everything that's going on that another officer has been shot," said Kathy Calhoun, who lives nearby.

The officers returned fire and shot the suspect, who was transported to Northwestern Memorial Hospital and pronounced dead.

The man was identified as 50-year-old Derek Love of the 3300 block of South Giles Avenue in the Douglas neighborhood, according to the Cook County medical examiner's office. An autopsy determined he died of multiple gunshot wounds, and his death was ruled a homicide.

Police said a weapon was found at the scene. No other injuries were reported.

The officer who was shot is a 16-year veteran of the force. His partner quickly applied pressure to stop the bleeding before he was transported to Northwestern. That quick thinking helped save his life. Police said the wound was through and through and the officer is expected to make a full recovery.

The Independent Police Review Authority is investigating the shooting. The officers involved will be placed on administrative duties for 30 days, per department policy.