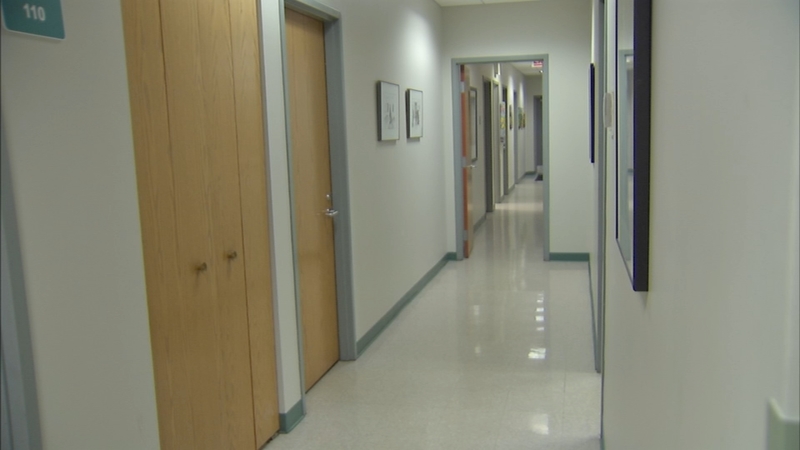 CHICAGO (WLS) -- Fewer children are seeing doctors at the office due to the coronavirus pandemic, according to the American Academy of Pediatrics.

Coronavius fears had new parents Gared and Amie Fritz feeling like a trip to the doctor may not be the safest thing for their newborn son Charlie.

"You're so scared right off the bat of having a newborn child, you don't know what's right or what's wrong," Gared Fritz said.

The Chicago couple ended up skipping the baby's first appointment, but despite their apprehensions, they took their 6-week-old to the pediatrician for his next scheduled checkup.

But they are in the minority, as at least one health organization says the majority of kids aren't going to the doctor right now amid concerns over COVID-19.

"It's scary when you are scared to go to the doctor," Amie Fritz said.

The AAP said those visits could prevent timely detection of mental health problems in children and teens, including increased suicide attempts; flare-ups of asthma and other chronic conditions; and delayed diagnoses and treatments for common childhood illnesses, from earaches to leukemia.

Pediatric physician Dr. Jonathan Necheles said his office appointments have been cut in half. He adds that parents have a right to be cautious, but should think carefully before delaying or skipping doctor's appointments.

"The big thing is missing out on the vaccines, developmental milestones, particularly the younger children," Dr. Necheles said. "Even as they get older there are things we don't to miss, learning disabilities."

According to a survey by specialists at Lurie Children's Hospital, the number of missed or canceled appointments for wellness and immunization visits for children, newborns and teens has dropped significantly.

The percentages are even higher for older kids. And while many doctors' offices have a strategy in place to ensure the safety of all patients, Gared and Amie Fritz say parents ultimately have to do what's best for their family and children.