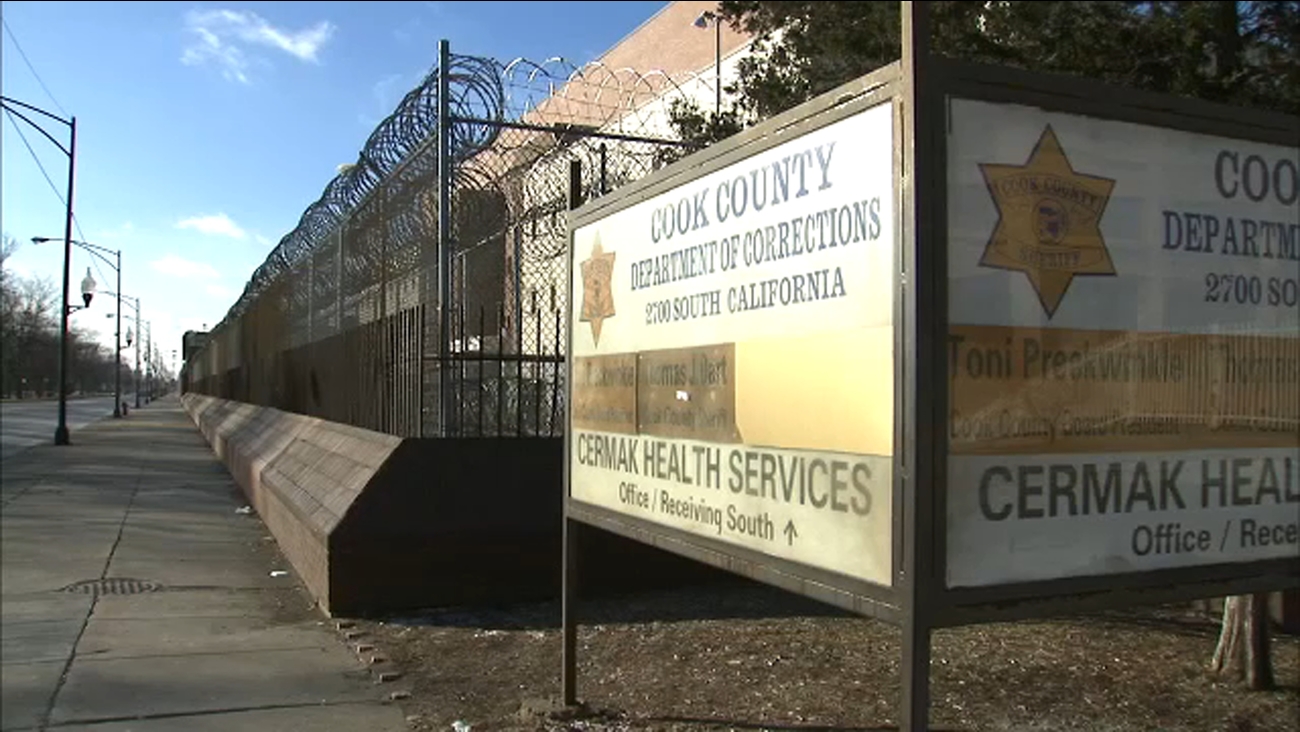 CHICAGO (WLS) -- The Cook County sheriff's office announced Monday that 33 more detainees at the Cook County Jail have tested positive for coronavirus, raising the total number of confirmed cases among detainees to 134.

The jail has already released at least 400 detainees over the last week, as Cook County judges conduct case-by-case bond reviews in an attempt to lower the jail's population and reduce the spread of the coronavirus.

Earlier this week, Gov. JB Pritzker issued an executive order that will keep new inmates from being admitted to state prisons, aside from some limited exceptions.

There are now more than 5,000 confirmed coronavirus cases in Illinois, including 73 deaths. Plans are now moving forward to use McCormick Place and two shuttered hospitals as overflow medical facilities.