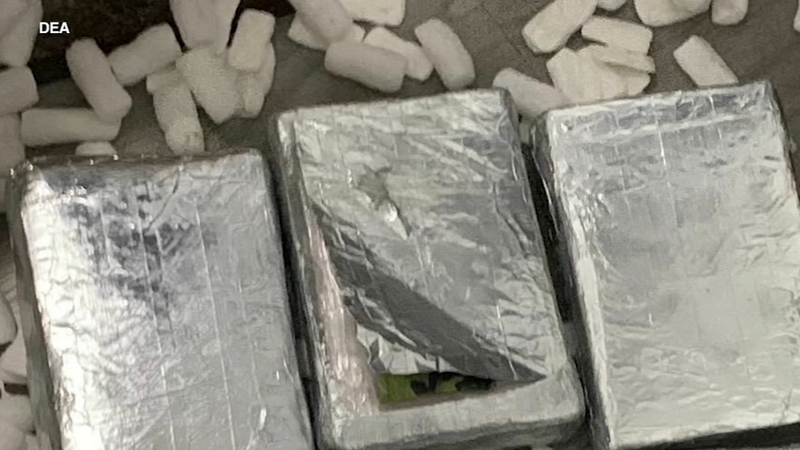 CHICAGO (WLS) -- Like everyone else, Mexican drug cartels are finding ways to cope with the COVID-19 pandemic. The I-Team has learned closed borders are not much of a deterrent as cartels in Mexico with unlimited money and resources are continuing on, adapting their illicit business supply lines to Chicago.

U.S. drug enforcement authorities have had to adapt as well.

The top agent for the Drug Enforcement Agency in Chicago said the agency is on high alert as drug traffickers continue to find new smuggling opportunities.

"In some instances, the cartels started going to the backpackers to come across the borders places." said Bob Bell, Special Agent in Charge, DEA-Chicago.

While some cartel inventory waits south of the border, he questioned reports that street drugs have become scarce here.

"How much was availability down or was it down at all? I'm not sure that the large cartels didn't have stockpiles in the U.S. ahead of COVID," he said.
Bell said federal agents in Illinois have continued seizing illegal drugs and recently confiscated $10 million in cash in raids across Illinois, Indiana and Wisconsin, perhaps because banks and currency transactions were curtailed by the COVID-19 outbreak.

"Money building up, and in some cases being transported in larger bulk amounts than it normally would be transported. So at a certain point the money needed to get south and I think we took advantage of that necessity," Bell explained.

He said it may be that the cartels used COVID-19 as cover to inflate street prices and introduce several new opioid products to the market that try to skirt federal drug laws. One new synthetic opiate called Isotonitazene is the subject of an emergency intent to control order just filed by the DEA. The drug has been detected in people who died of overdoses in Illinois and Indiana.

DEA-Chicago is also waiting for reports from at least 160 pharmacies that were looted several weeks ago during riots and violence, most in Chicago.

The concern is thieves managed to steal opioid products which were then sold on the streets.

Authorities said they will try to identify looters who stole drugs and charge them with federal crimes. Many were seen on security cameras or even on live TV.

What hasn't changed during the civil unready and ongoing pandemic? Drug cartel guns continue to be seized in Chicago.