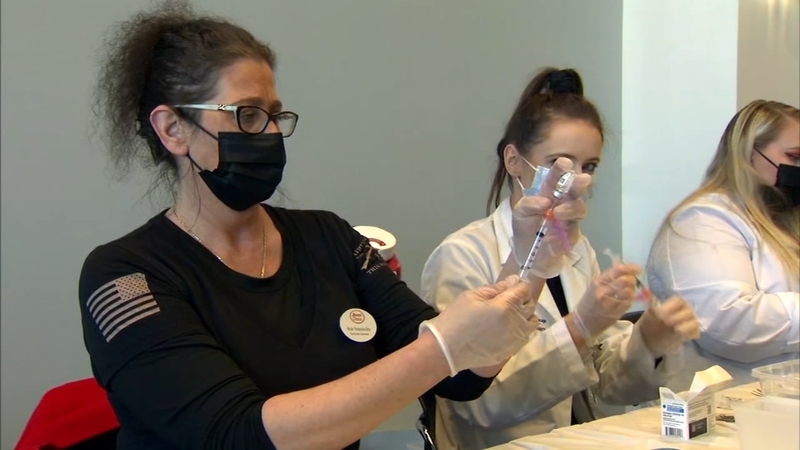 The move means anyone 16 and older who has a qualifying medical condition can now book an appointment.

In Chicago's collar counties of Cook, DuPage, Kane, Lake, and Will, vaccine eligibility has been expanded to anyone in Phase 1A, 1B and 1B+. Phase 1B+ now includes some essential workers, such as government employees, higher education staff, news media, restaurant staff, construction trade workers and religious leaders.

Also starting Monday, vaccination sites run by the city of Chicago will only schedule appointments for people who live in the city.

At a vaccination site in Chinatown, union workers who signed up last week lined up before 8 a.m. to get the single-dose Johnson & Johnson vaccine.

"Well, I was in my car, I'm like, 'Oh my God like I seen all these people and I'm like, I'm gonna take like four hours,' but I asked the lady and she said that the line just looks really bad but it'll take like 30 minutes," said union member Vanessa Arroyo.

At the Chinatown clinic there were 1,200 available appointments for union members.

"Well the process, to be honest is really smooth," said Brandon Pendleton, who got vaccinated. "Had an 8:45 appointment, line moved pretty well. They got us right in, gave us the shot. And yeah, I'm happy to have it and happy that this whole thing is seemingly coming to an end."

"This vaccination site is the first in the country that is run specifically for union members," said Bob Reiter, president of the Chicago Federation of Labor.

Another labor vaccination clinic will be held at the same Chinatown site next Monday, and other similar clinics are planned for the future.

This week the state is expected to receive one million doses of the three available vaccines. It comes at a time when Chicago is seeing a spike in cases among young people in and around Lincoln Park, which has raised concerns among health officials.

In other parts of the state where demand is low, health departments are now allowed to expand eligibility to anyone over 16.

"I think we're getting to the point, even in Chicago where in the next couple of weeks, we're going to see the demand for vaccine start to come down and the supplies going to continue to increase," said Dr. Robert Citronberg with Advocate Aurora Health.

The expansion comes at a time when cases are on the rise, and the positivity rate is above 4% with Chicago averaging more than 400 new cases a day, the benchmark that has triggered new reopening mitigations.

In the past 10 days, hospitalizations in Chicago are up 16%, and in suburban Cook County, up more than 20%. Will and Kankakee counties have seen a 27% rise.

"We're certainly seeing a rise in cases," said Dr. Jennifer Seo, CDPH Chief Medical Officer. "It's not to the point that we're seeing in November, but it's definitely something that we want to closely follow. We're very concerned about what the outcome might be over the next 40 days."

Driving the uptick are adults 18 to 39. In Chicago, Mayor Lightfoot said various gatherings, including bar crawls, have been the source of recent outbreaks. She urged caution and patience as people scramble to get appointments.

Cook County has yet to announce when it will open access to those in 1C, but did make 25,000 new appointments available at four of its mass vaccination sites Sunday afternoon. Anyone eligible under phases 1A, 1B, 1B+ and approved essential workers were able to sign up for the shot due to new state guidelines, however, those appointments were booked up in just under two hours. 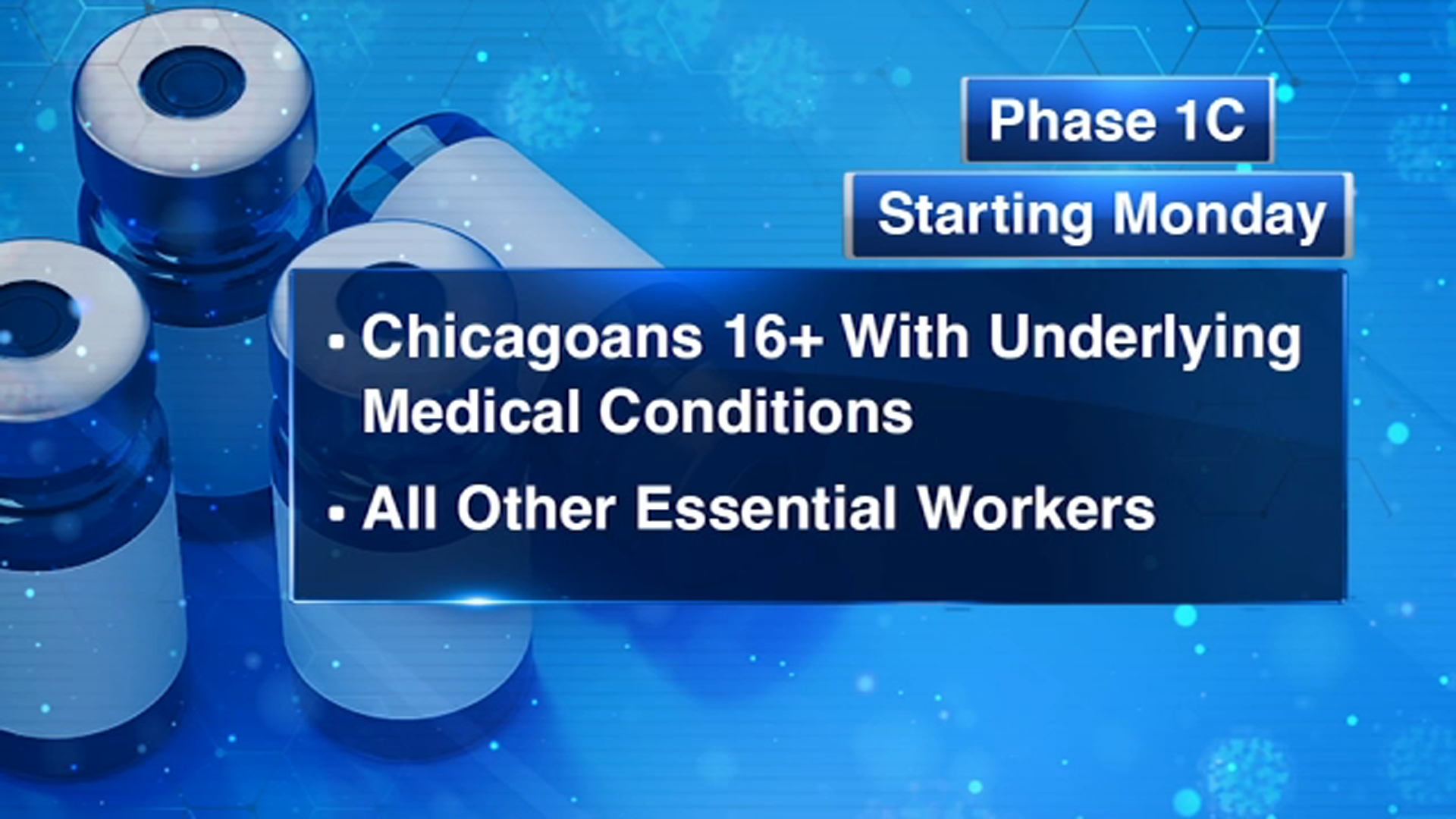 Right now, Illinois is in the green on vaccination rates for those 65+, with nearly 69% receiving one dose - close to the 70% required.