Some Chicago area hospitals that were expecting vaccine shipments to arrive Tuesday were frustrated and angered to find they did not.

CHICAGO (WLS) -- The distribution plan for the first wave of the COVID-19 shots is frustrating some Chicago area hospitals and angering others.

The I-Team looked into the question of "Where are the vaccines?"

Monday was nicknamed "COVID-D-Day," after the pivotal beginning of the end of World War Two.

By Tuesday, a day later for some suburban Chicago hospitals, the D in this day is disappointment. Because the vaccines that arrived in Illinois Monday have not yet arrived at their hospitals, or into the arms of their health care workers.

Yesterday, there was video of Governor JB Pritzker inspecting the vaccine warehouse while some hospitals across Chicagoland were preparing for those vaccines-expecting to receive and then begin inoculating their front line workforce the next day.

The governor saying those hospitals were under the misimpression that they would receive dry-ice packed boxes full of vaccines to immediately begin inoculation of their front line workforce.

And then there was an internal memo from the University of Chicago stating: "We have not yet received COVID-19 vaccine from the Chicago Department of Public Health, which is responsible for allocating and distributing the vaccine to UChicago Medicine's Hyde Park campus. We continue to believe the earliest we will be able to begin our employee vaccination program is this Thursday afternoon. However, this may change depending when the vaccine arrives."

Edward Hospital in Naperville was planning to begin vaccinating employees on Tuesday, but instead received notice that the shipment was delayed.

"The big question is if the cold chain is going to be broken, so the vaccine needs to be stored at -80 degrees which is basically the temperature of dry ice so if that vaccine is thawed then we have only 5 days to use it so its critical that we get that vaccine administered quickly once it arrives because we don't know if it's going to come frozen or not," said Jonathan Pinsky, Medical Director Infection Control, Edward Hospital.

The governor was on defense.

"I think they were overly excited about they were not... they were overly excited. The IHA, The Illinois Hospital Association working with us and working with their hospitals were responsible with the individual hospitals for scheduling when those things would be delivered to them. Some no doubt are more excited than others and you know, put it out there that they would be receiving them when they actually weren't scheduled to.," Pritzker added.

Governor Pritzker, in his daily 2:30 p.m. briefing, promised that during the next 24 to 72 hours vaccines will be administered across Illinois through what he called an "excellent logistics team."

After Chicago area hospitals continued to publicly note that they haven't yet received vials of vaccine...about an hour later came an additional written statement from Governor Pritzker's spokesperson saying, "Everything is on schedule and moving along according to plan."

A news release from Edward-Elmhurst Heath sent late Tuesday said it has been notified it will receive the COVID-19 vaccine shipment Thursday morning. 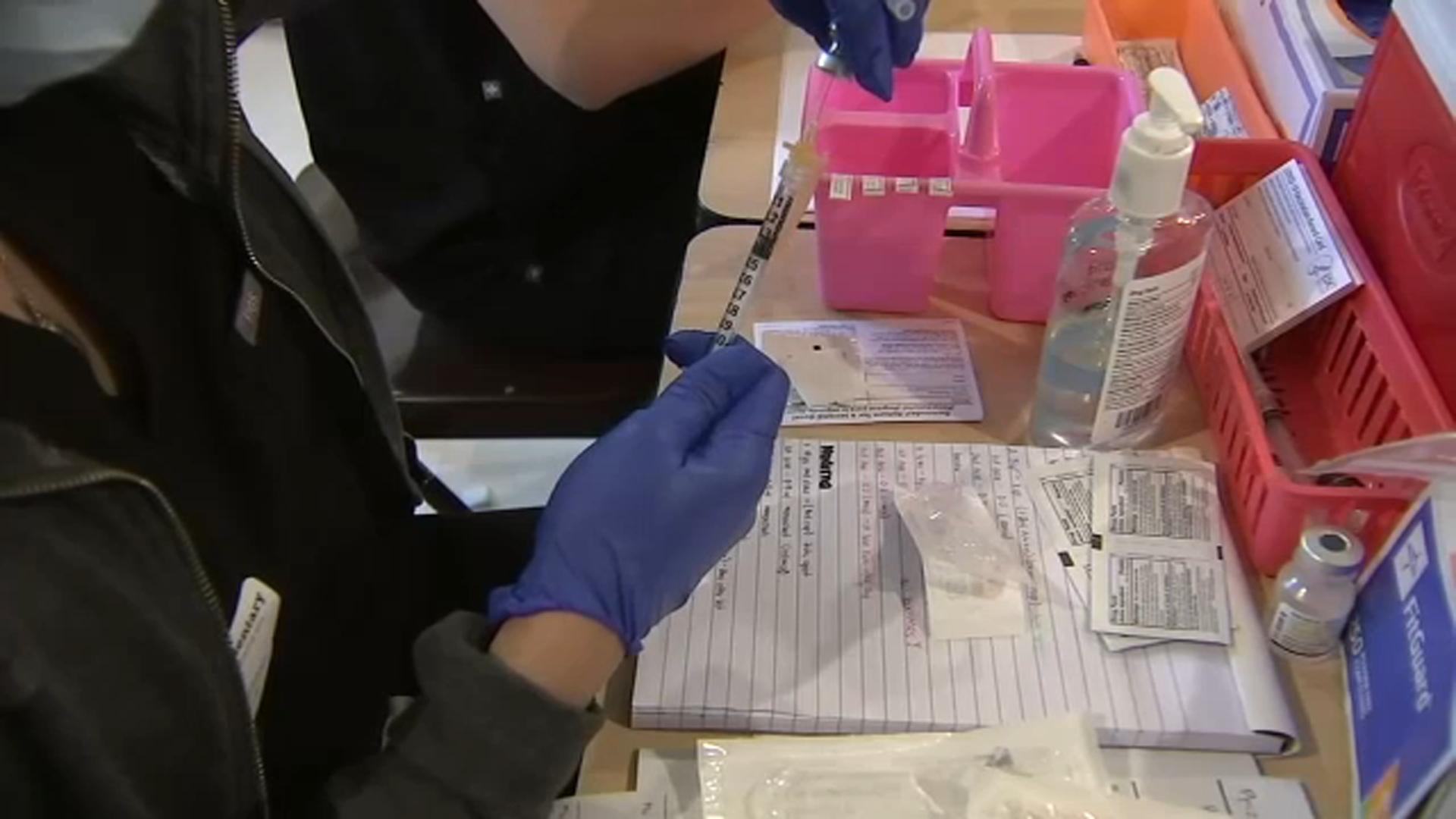