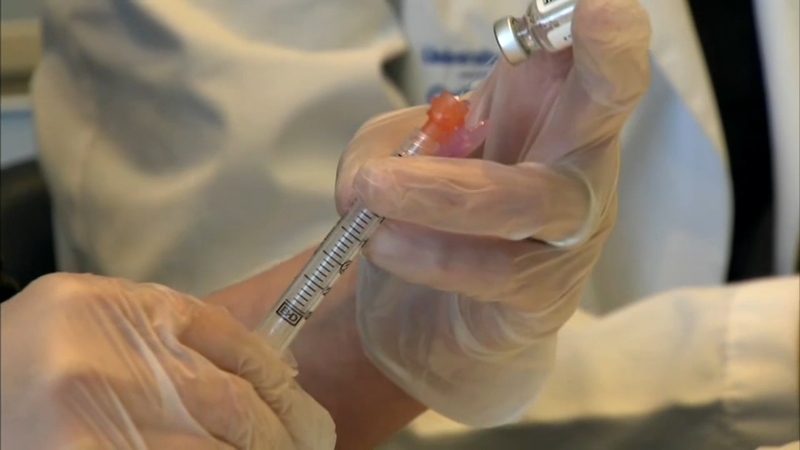 Vaccine effectiveness against COVID-19 infection dropped from 91% to 66% once the delta variant accounted for the majority of circulating virus, according to a study published Tuesday by the U.S. Centers for Disease Control and Prevention.

"While we did see a reduction in the protection of the Covid-19 vaccine against the Delta variant, it's still two-thirds reduction of risk," lead author Ashley Fowlkes, an epidemiologist for CDC Covid-19 Emergency Response, told CNN on Tuesday.

The study is in line with others from the US and around the world showing delta's increased tendency to cause largely minor infections among fully vaccinated people. Still, the effectiveness of vaccines against severe disease -- including hospitalization and death -- has remained high against all known variants.

The current study does not cover disease severity, however. Instead, the new paper is the latest chapter in an ongoing study that has been following "health care personnel, first responders, and other essential and frontline workers" who receive weekly PCR tests in eight locations across six US states. The vast majority are vaccinated.

The study's reliance on regular, weekly testing makes it possible to capture a more complete picture of COVID-19 infections in a group, since people with mild or no symptoms may be less likely to get tested overall. In the official vaccine trials, efficacy was calculated against symptomatic COVID-19 -- not all infections.

While waning immunity may also contribute to some degree of reduced protection, the current study was unable to show this to a significant degree. Separate research suggests that even if a fully vaccinated person gets infected with the virus, they may be less likely to spread it. About 51.5% of the population is fully vaccinated, according to data from the CDC.

The study's authors are planning future analyses comparing the different COVID-19 vaccines as well as the types of symptoms experienced by vaccinated and unvaccinated people who become infected.

"It's still a very powerful vaccine," Fowlkes added, especially when it comes to more severe outcomes. "But we are also looking towards continuing to use masks for a little bit longer."

Separately, a new study out of Los Angeles County reaffirms that fully vaccinated people are far less likely than unvaccinated people to be hospitalized, admitted to an intensive care unit, require mechanical ventilation or die from COVID-19.

"On July 25, infection and hospitalization rates among unvaccinated persons were 4.9 and 29.2 times, respectively, those in fully vaccinated persons," researchers from the Los Angeles County Department of Public Health wrote in the study, which was published Tuesday by the CDC.

Fauci: COVID could be 'under control' by spring

Despite these studies about the benefits of vaccination, tens of millions of people have hesitated to get the shots. Because of that, hospitals in many states with lower vaccination rates are overwhelmed by a surge in patients, students are returning to the classroom only to have to isolate due to exposure and cases among children are on the rise.

Mississippi reported 111 new COVID-19-related deaths on Tuesday, a one-day record, said state epidemiologist Dr. Paul Byers. Some 87% of new deaths are among the unvaccinated and more than 50% are over the age of 65, he said. Gov. Tate Reeves said more than 1,000 health care workers have arrived to help with hospital staffing shortages.

"Getting boots on the ground this quickly is a step in the right direction," he said.

Florida, too, reported a record high average of about 212 COVID-19 deaths each day last week, according to data from Johns Hopkins University.

Dr. Anthony Fauci urged the public to get vaccinated and said if the "overwhelming majority" of the population does so the U.S. could have the pandemic "under control" by spring 2022.

"We hope we'll be there ... but there's no guarantee because it's up to us," Fauci, director of the National Institute of Allergy and Infectious Diseases and the president's chief medical adviser, told CNN's Anderson Cooper on Monday.

It isn't yet clear to health experts what proportion of the population needs to be vaccinated to reach a level of protection that could sustain a return to normalcy, like safely going to restaurants and theaters, Fauci said. So the best way forward is to vaccinate as many people as possible, he said.

Still, Fauci's spring 2022 timeline is daunting politically for President Joe Biden, who already declared partial victory over the virus on July 4. In addition, CNN chief medical correspondent Dr. Sanjay Gupta questioned the definition of what it means to "control" a virus that looks to be here for the long haul.

"This is one of those situations where I think defining what it means to be in control of the pandemic is really important," Gupta said Tuesday.

"If we have more people vaccinated, it's likely we will decouple hospitalizations from cases, and maybe that will be a definition of control. (If) people aren't getting that sick anymore, ending up in the hospital, the virus starts to slowly not have places to circulate, that will be a definition of control. I think we're going to see waves of this for some time," he added.

On Monday, the U.S. Food and Drug Administration granted full approval to the Pfizer/BioNTech COVID-19 vaccine for people 16 and older, a move that health officials hope will convince hesitant Americans to get vaccinated.

"I do think that the approval the FDA announced yesterday for the Pfizer vaccine is a milestone in our vaccination efforts and it reaffirms what we have been seeing for months," U.S. Surgeon General Dr. Vivek Murthy told CNN. "Which is that the vaccines are highly effective, they've a very strong safety profile and they're what we need to get through this pandemic."

There are still nearly 80 million people eligible to be vaccinated who have not done so.

"I do think there will be a modest increase, but, look, we have a long way to go to fill this gap," said Dr. Peter Hotez, vaccinologist and dean of the National School of Tropical Medicine at Baylor College of Medicine. "I think having the full approval will certainly convince some, but it's just one of a dozen fake talking points put out there by the disinformation campaign. And, I think a number of people are just going to revert to one of the other ones."

The FDA's approval also opens the door for businesses and government bodies to mandate vaccinations, and some have already begun to do so.

New York City Mayor Bill de Blasio mandated the vaccine for all Department of Education employees, including teachers, on Monday. In addition, then-New York Gov. Andrew Cuomo released a statement Monday, before he left office, calling for all New York state employers to require COVID-19 vaccination. The state already requires all eligible government and health care employees to be vaccinated.

RELATED: Lambda and delta plus: What to know about other COVID variants detected in US

Now that the FDA granted full approval to the Pfizer vaccine, the next focus is authorizing a COVID vaccine for children ages 5 to 11. That could come by the end of the year under an updated emergency use authorization, officials have said.

If and when that authorization comes, at least 28 million additional children -- representing about 9% of the US population -- would become eligible to receive the vaccine, according to a CNN analysis of federal data.

If vaccination trends among the 5 to 11 age group are consistent with those from the 12 to 15 age group, about 7 million children between the ages of 5 and 11 may receive their first vaccine dose within a month and more than 9 million within two months. This would bump the overall vaccination rate in the US up by about 2 percentage points in one month and 3 percentage points in two months.

About 54% of parents with children under the age of 12 said that they "agree" or "strongly agree" that they would vaccinate their children against COVID-19 "when a vaccine is authorized and available for their age," according to a survey by The Rockefeller Foundation conducted by the RAND Corporation.

Florida last week reported more COVID-19 deaths than at any time in the pandemic, according to Johns Hopkins University data, and hospitalizations are also higher than ever.

The state broke its January record for new daily cases about two weeks ago, and that number has continued to rise to the current average of about 21,534 a day.

Several school districts are defying the governor's mask mandate restrictions, requiring masks of all students with no option for parents to decide to opt out of the mandate.

The Orange County school board on Tuesday evening enacted a 60-day mask mandate for all students and staff starting Monday, with only medical reasons accepted for exemptions.

St. Johns School District, which includes St. Augustine, on Tuesday announced a mask mandate for all employees and visitors to its schools, but not for its students, for the next 30 days, as COVID-19 cases surge in the area.