CPD: 38 arrested in overnight raids on West Side 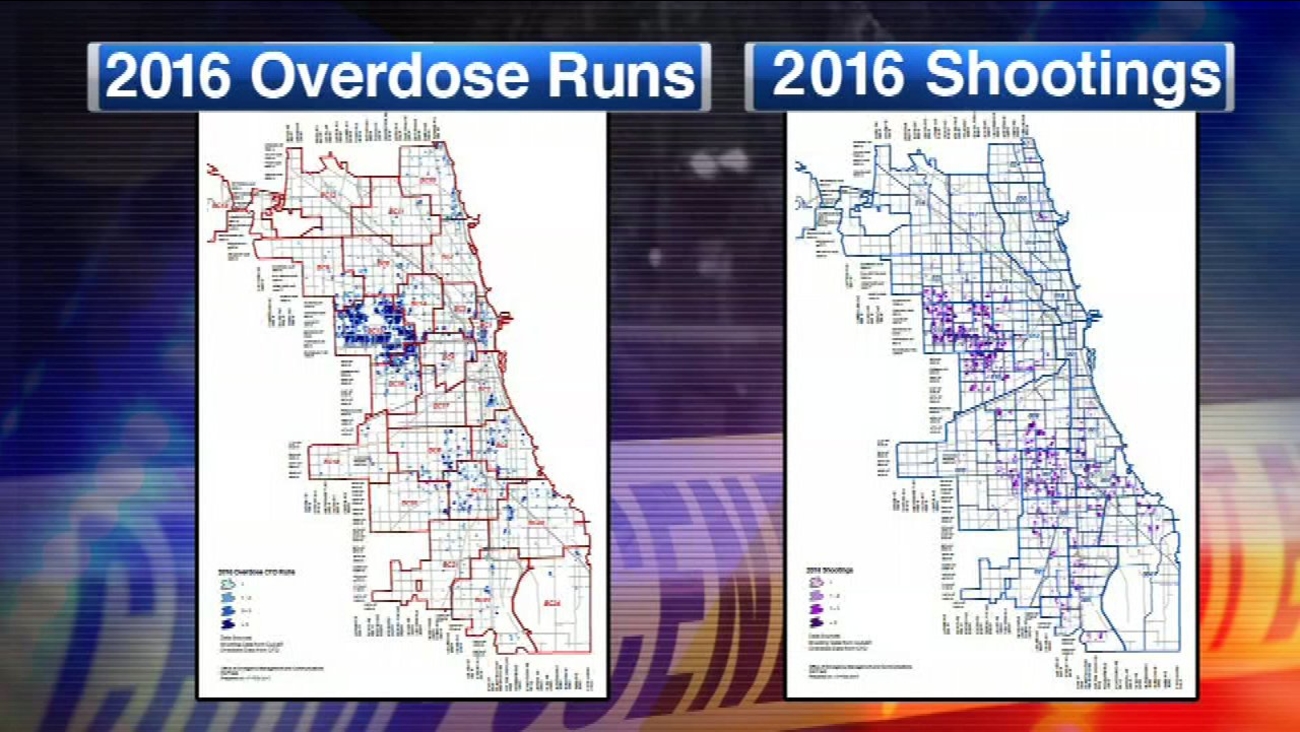 Police said they are searching for 18 more.

In planning the raids, police looked at a map showing calls last year for opioid overdoses. They compared that to a map showing where officers responded to shootings. The maps were almost identical, demonstrating that the drug trade is fueling violence in the city, police said.