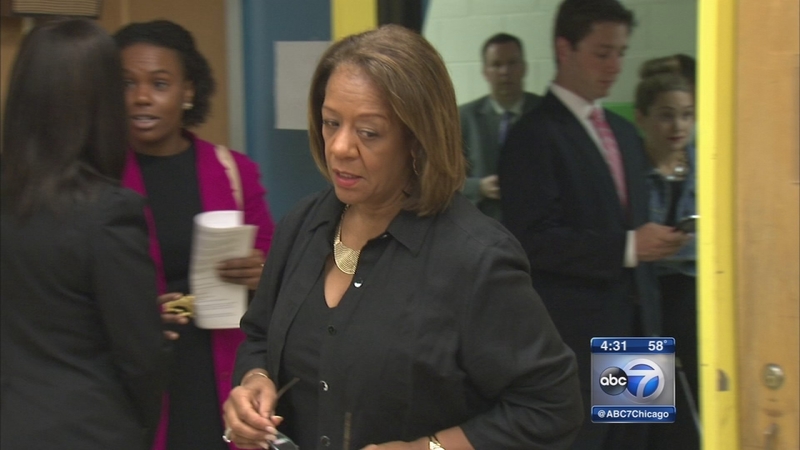 Byrd-Bennett submitted a letter of resignation dated Friday, May 29, 2015, to the Chicago School Board president. She wrote she will "remain forever thankful for the opportunity to serve the children of Chicago."

Byrd-Bennett was appointed CEO of CPS by Chicago Mayor Rahm Emanuel in 2012. This spring, federal investigators launched an investigation against Byrd-Bennett for awarding a $20.5 million no-bid contract to her former employer in 2013.

"I am saddened by the circumstances that have led to Barbara's resignation and I wish her well. As a city, our focus must remain on finishing the school year strong and tackling the billion dollar budget deficit that threatens the progress our students, teachers, principals and parents have made over the last several years," Emanuel said in a statement Monday.

Had she not resigned, Byrd-Bennett's contract would have allowed her to remain Chicago schools' CEO, which has a $250,000 salary, through next June.

Byrd-Bennett has not been accused of any wrongdoing to date and her paid leave was scheduled to end at the close of this week.

The board of education says that interim CEO Jesse Ruiz will continue to lead Chicago schools until a replacement for Byrd-Bennett is announced.

"I'm happy we can move on. Hope they use a little thought in replacing her with sombeody who has education experience," Robert Sala, IL Raise Your Hand and CPS parent, said.

Byrd-Bennett's leave comes as the school district is negotiating a new contract with the Chicago Teachers Union. CPS faces an estimated $1.1 billion next year.

"The trouble is if they don't get some stability in terms of leadership we are not going to have the leadership, the advocacy, toward getting revenue to our schools," Jesse Sharkey, CTU, said.

"This is just horrendous for Chicago Public Schools. There has been turmoil for so long and to have this latest one under the cloud of a possible indictment if awful for the school system," Linda Lenz, publisher and co-founder of education watchdog group Catalyst Chicago, said. Lenz said the change in leadership also jeopardizes some of the positive programs in the schools.

"It's not just Barbara Byrd-Bennett. The people she attracted, the programs she started (it's) all up in the air," Lenz said.