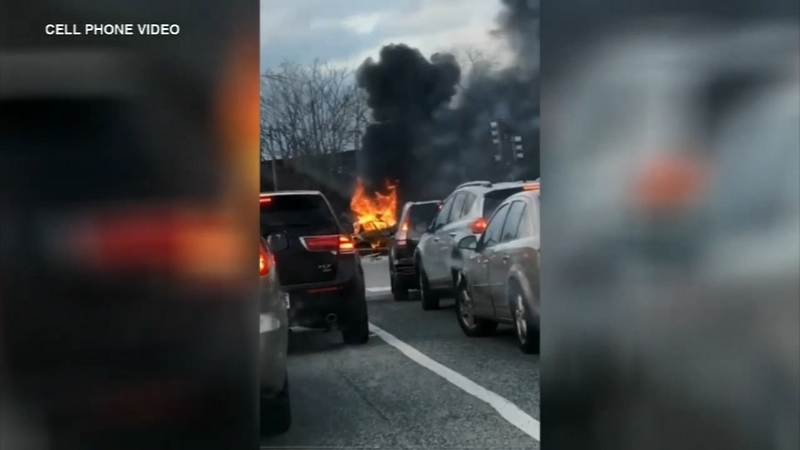 CHICAGO (WLS) -- A woman was killed when a vehicle plowed into a CTA bus shelter Tuesday evening in the Calumet Heights neighborhood on the South Side, police said.

The crash happened about 6:25 p.m. near the intersection of 94th Street and Stony Island Avenue, Chicago police said, and involved a Chevy sedan and a BMW SUV.

A viewer captured the fiery crash on cell phone video as they drove by the crash.

Police said the 67-year-old African American woman died after she was struck by a vehicle while standing at a CTA bus shelter.

"It was like that close," said Terry Bell, witness. "It could have been me."

Bell was in his car at the intersection when the crash happened.

"The X5 was going northbound and the blue car was turning off to go eastbound. The light switched up and the X5 tried to blow through the light," he said.

Instead, Bell said the driver of the BMW hit the Chevy, starting a chain of events that ended with the woman's death.

Police have not released any further information about the victim. Fire officials said two people were taken to Christ Medical Center in Oak Lawn. One is in critical condition, the other is in serious condition.