'Cruella' Review | Film's blend of drama, comedy worth the wait 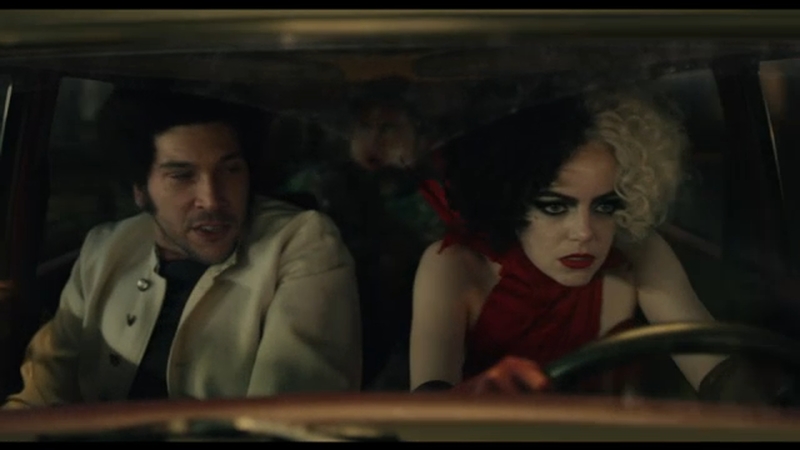 Cruella: Film's blend of drama, comedy worth the wait

NEW YORK -- Memorial Day weekend could well determine the immediate future of the movie business because it marks the first time since the pandemic began that two blockbusters will reach the big screen simultaneously.

Nobody really knows if millions of people are ready to come back and sit next to each other in movie theaters again.

"Cruella" tells the origin story of one of Disney's most infamous villains.

It's been five years since Emma Stone signed on to play Cruella because it took some time to get the tone of the script just right.

Director Craig Gillespie managed to crack the code with the help of a script re-write from Tony McNamara, who helped Stone earn an Oscar nomination for "The Favourite."

"That's the tone we were going for," Gillespie said. "That banter that's both sarcastic and playful and cutting."

"Cruella" is what's known as a prequel: meaning events take place in the 1970s, well before the two films featuring Glenn Close as Cruella de Vil.

ALSO READ | Everything to know about new 'Cruella' film

Stone explained the new film, "begins with young Cruella, who was originally called Estella, and sort of tracks her journey and how she is sort of developing into this iconic character."

Early on she teams up with a couple of petty thieves played by Joel Fry and Paul Walter Hauser along with a journalist named Anita.

"She literally is an observer," noted Kirby Howell-Baptiste about her character. "She is figuring out the story with the audience, and the audience can kind of figure out through her."

Estella works as a fashion designer for the super-demanding Baroness given life by Emma Thompson.

"She's become hardened beyond description," Thompson said. "And she won't let anything stand in her way."

So, it makes sense when Estella decides to become Cruella and exact revenge.

"Obviously," Hauser observed, "the moral compass goes south somewhere in the middle of the film."

This blend of drama and comedy is especially tough to pull off, but thanks to the talented cast, performing at the top of their games, this movie scores high enough to be worth the wait.

"Cruella" is from Walt Disney Pictures, owned by the same parent company as this station.

EXCLUSIVE: Emma Stone hopes her portrayal of Cruella de Vil will inspire viewers to be "more bold, more outrageous and more your true, authentic self."