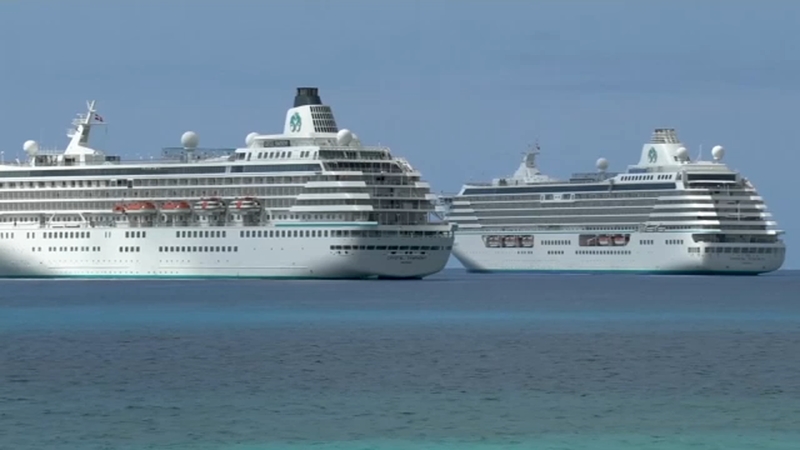 BAHAMAS -- Two rogue cruise ships have been seized after fleeing to the Bahamas to avoid U.S. warrants over unpaid fuel bills.

The two vessels from the Crystal Cruise company were anchored off the coast of Freeport, Bahamas on Saturday, following journeys of itinerary changes and offloading passengers.

A legal dispute over millions of dollars in fuel bills prompted their multiple route changes.

In January, the Crystal Symphony diverted from its destination in Miami, and instead turned to the Bahamas, following a judge's order to seize it if it entered U.S. waters.

The warrant was issued for failed payments for fuel amounting to $4.6 million.

The maritime order authorizes U.S. Marshals to board it and take charge once it approaches the U.S. coast.

The Crystal Serenity then cut short a scheduled expedition in late January and set course to Aruba, where it was not allowed to dock. After being diverted to Bimini, passengers were ferried to Fort Lauderdale, Florida.

The cruise line's parent company, Genting Hong Kong, has been struggling with the effects of the pandemic on its shipping and cruise businesses.