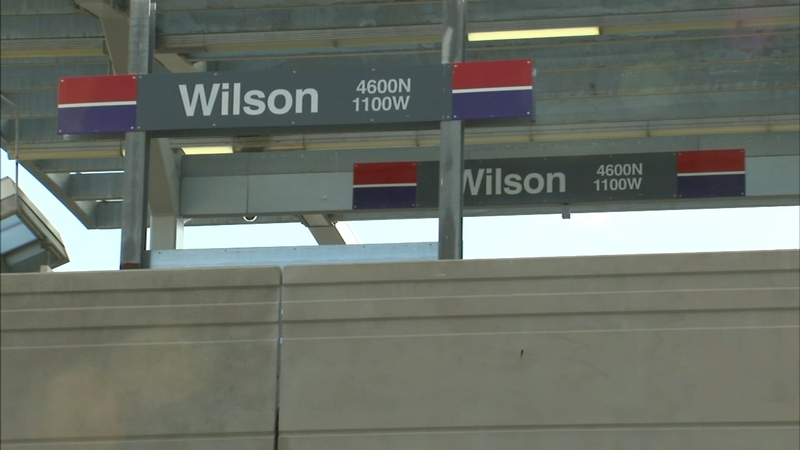 CHICAGO (WLS) -- Trains along the Red and Purple lines are back on track after a Thursday morning attack tied up part of the morning commute.

Chicago police said a man who was severely beaten during what appears to be a robbery and assault, may in fact be the suspect involved in an earlier robbery.

"Usually this is a pretty good L station here. I've never seen anything like that before," said CTA rider Cherie Helm.

The bizarre turn of events unfolded in the city's Uptown neighborhood at the CTA's Wilson Avenue stop.

Investigators said around 6:30 a.m. a man and a woman, both 36 years old, got into an altercation with a 47-year-old man. The two allegedly punched the older man with their fists and hit him with a brick.

Police said the man slipped onto the train tracks as he was trying to fight off the duo.

An alert CTA operator was able to stop the oncoming trains before the man was run over.

His attackers fled, but were taken into custody a few blocks away in the 1200 block of West Leland Avenue.

When police caught up to the attackers, they claimed that the man they'd beaten had punched the female offender and ripped off her cellphone earlier.

Thursday afternoon detectives returned to the neighborhood hoping to find security camera footage to help with their investigation.

"I saw the police," said neighborhood business owner Marius Nicolaicius. "They tried to look at the footage but the camera doesn't cover all this area. They came back two or three times, and interviewed a lot of people from around here.

Authorities said the man who got attacked may have also been robbing commuters earlier in the day.