Mother accused of stealing child, says she is being stalked by 'fake' grandmother 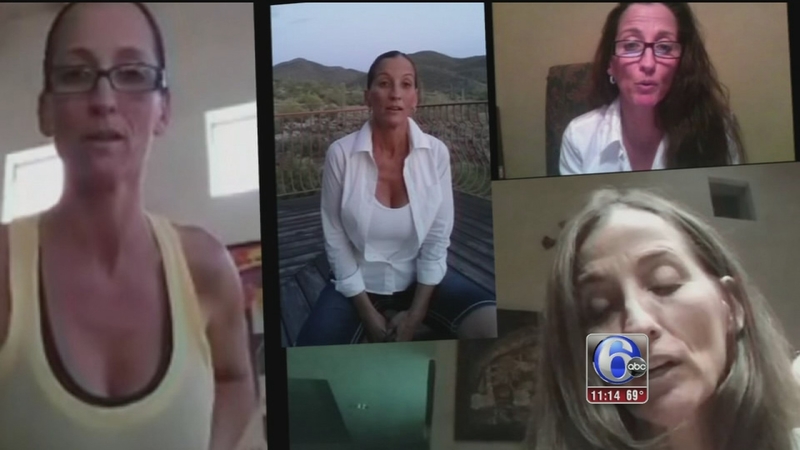 HAMMONTON, N.J. -- A New Jersey family says they are the victim of a stalker who is targeting their 9-year-old adopted son, saying the family stole him.

The case is now in the hands of an Atlantic County grand jury. The boy's mother sat down exclusively with Action News Investigative Reporter Wendy Saltzman to discuss the case.

Terri Macri says in 2006 her and her now deceased husband began the process of adopting an infant boy, they named Luca. Then 6 years later, seemingly out of the blue, they discovered their names, private details, and Luca's pictures posted across the Internet. The poster was a woman who claims her grandson was sold to this family without her or her son knowing he was alive.

It all started in 2003 when a then high school student named Neva Osborn had an abortion.

It's a decision she says has haunted her since she was in 10th grade, when in 2003, at just 16-years-old she discovered she was pregnant.

Osborn says she suffered deep depression, quit high school, and was placed in a mental health facility for several months.

"I tried to hurt myself so I had to go away for a while," she continued.

When she returned home all the father knew was the baby was gone.

"Laws were broken, crime was committed. And everybody who helped with this illegal adoption be prepared," Kline said in an on-line YouTube video.

"I don't know what she's going to do. The unpredictability is awful," Marci told Action News.

Since September of 2012, Macri says Kline has stolen pictures of Luca and made her family a target - plastering photos, videos, and private details about Macri and Luca on more than 80 websites.

"There's crazy pedophiles out there that look for young children. And she's, like, posting my son, his pictures, where we live, that I'm a single widowed mother. I mean she's risking him in so many ways," Macri said.

Macri feels some of Kline's posts have contained subtle threats. She even claims Kline showed up at her home, looking for Luca.

Action News has now learned since last summer the Atlantic County Prosecutor's office has issued 9 arrest warrants for Kline, accusing her of stalking, cyber harassment, and harassment. But that hasn't stopped the videos and posts.

In four different YouTube videos, Kline, who currently lives in Arizona, presents her side of the story.

"What you all are doing to my son is illegal. You stole 10 years from him, and his son, and their rights," Klein said in one video.

Osborn, who tells us the child she aborted was Kline's grandchild, says Kline has now stolen pictures of her other children, claiming they are Luca.

"I do live in fear," Osborn said. "Is she going to come and try to take one of my kids?"

And Osborn even went so far as to agree to get a DNA test done, which ultimately showed she is not Luca's mother.

"He's not the right age. I did the DNA. I didn't do anything illegal," Obsorn told us.

But even that wasn't enough to convince Kline.

"I'm a kidnapper, I'm a thief, I've stolen her grandson. Nobody should have to live like this," Macri continued.

"Let's do more to protect the victims," Munoz said.

That legislation would make repeated offenses a felony, and subject to jail time.

According to Munoz, "Nothing stops them, so sometimes the only way we can stop them is to put them in jail."

Wendy Saltzman spoke with Kline multiple times via telephone, and even offered to go to Arizona so she could show Action News the evidence she says shows Luca is her grandson, but she declined.

A grand jury is now reviewing the case against her. If indicted she could be extradited back to New Jersey to face charges. Teri Macri has also filed complaints against Kline in Arizona, where they have stricter cyber stalking laws.