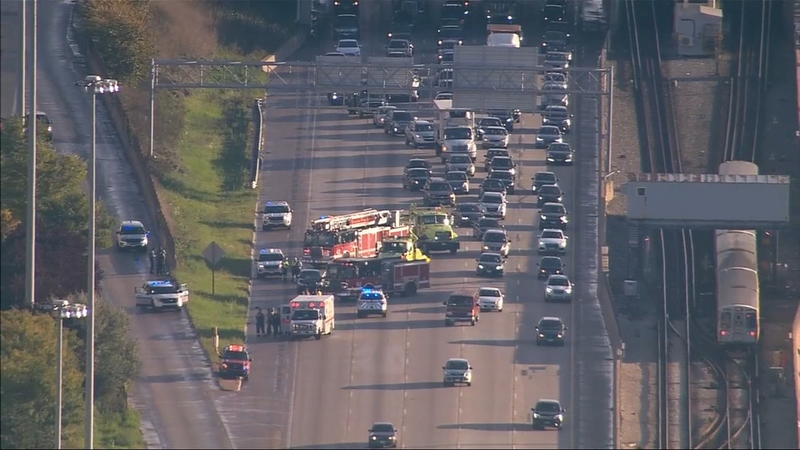 CHICAGO (WLS) -- The inbound lanes of the Dan Ryan Expressway were partially blocked for several hours Monday afternoon after a pedestrian was struck and killed near 83rd Street, Illinois State Police said.

State police said they received numerous calls about a pedestrian running across northbound lanes of traffic on I-94 near 83rd Street.

Police said the pedestrian, a 56-year-old man from Chicago, was struck by a vehicle in the far right lane while trying to cross the lanes of traffic.

State police said he was taken to a local hospital, where he died from his injuries.

The driver of the vehicle, who state police said was a 37-year-old woman from Argo, Ill., was also taken to a local hospital for non-life threatening injuries.