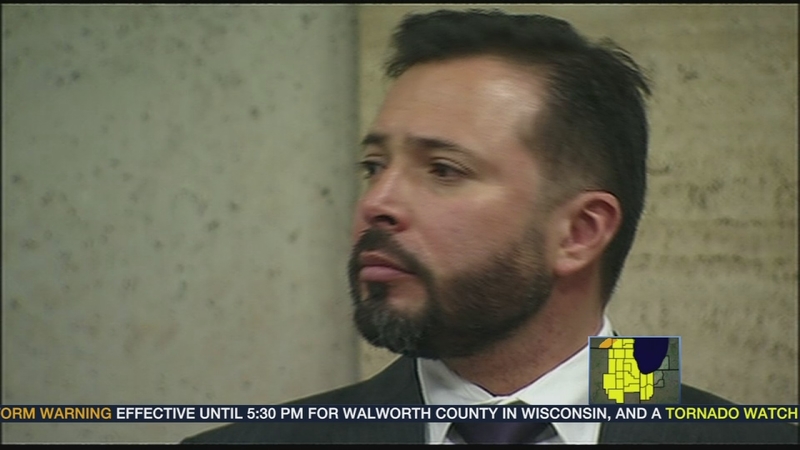 Cop on trial in 2012 fatal shooting

Servin, a decorated police officer who remains on the force but stripped of his powers and assigned to desk duty, is charged with involuntary manslaughter.

Three years ago, Servin told two couples at Douglas Park, which is near his home, to keep the noise down. Harsh words were exchanged and Servin said he saw one of the men pull out what he believed was a handgun. The officer then fired five shots from his car at the group of people One of the bullets hit Boyd in the back of her head. She died the next day.

"She had her whole life ahead of her. And that was taken away by our defendant's reckless conduct," Ramon Moore, assistant state's attorney, said.

Prosecutors said Servin had no business shooting blindly into the group of people, none of whom was armed. Servin's attorneys said one of the men in the group charged at him with a cell phone in his hand and the detective had every reason to think it was a gun and made a split second decision.

At issue: whether it was reckless for Servin to fire his gun while still in his car, his right-hand over his left shoulder pointing out the window. Servin said that was what he was taught in police training.

"I don't believe they are trained to sit in a car and shoot out their vehicle, blindly, into a crowd. I was in the military. I know we weren't taught that," Martinez Sutton, Boyd's brother, said.

"I want justice for Rekia. I want the man to sever time in prison. Because right now I'm in prison because I can't see my daughter," Angela Helton said.

If convicted, Servin faces a maximum five years in prison. His attorney said the detective has not decided if he will testify in his own defense.

In 2013, the City of Chicago settled a wrongful death case with the Boyd family for $4.5 million.