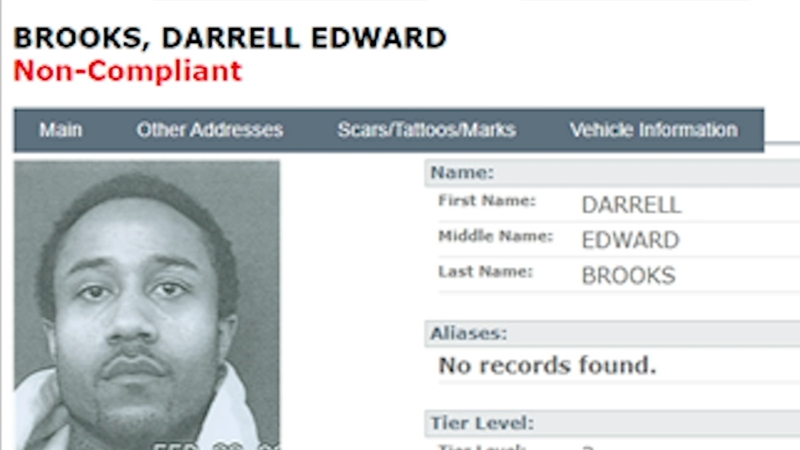 Long before Sunday's parade bloodshed, the alert was active for more than five years after he allegedly skipped out on bail and moved to Wisconsin.

The I-Team has learned Brooks was released twice this year by Wisconsin authorities, despite the warrant for his arrest in Nevada.

When dozens of people were run down by Brooks and his red SUV, according to authorities, only then did this sex offender warrant from the southwest become important. It raises a question: when Brooks went before Wisconsin judges twice this year on other charges, should he have been sent back to Nevada?

The warrant calls him "non-compliant," meaning he didn't continue registering as a sex offender for a November 2006 statutory sexual seduction of a Nevada 15-year-old who had become pregnant.

RELATED | 'Mama, are you OK?' Minutes of terror recounted from Waukesha parade incident

The 2006 sex case in Nevada was followed by another sex charge there in which Brooks allegedly skipped bail and headed to Wisconsin.

Earlier this year, and again earlier this month, he was arrested on separate charges, but not turned over to Nevada authorities.

As the I-Team reported Monday, in the November case he is accused of running over his child's mother with his vehicle, but was freed on $1,000 bond that state prosecutors have already questioned as too low.

"I don't think there's any question the prosecutor is trying to get ahead of this and manage what looks simply terrible, given the gravity of this crime," Soffer said. "All eyes are on what happened previously and that bond certainly looks low given the nature of the prior offense."