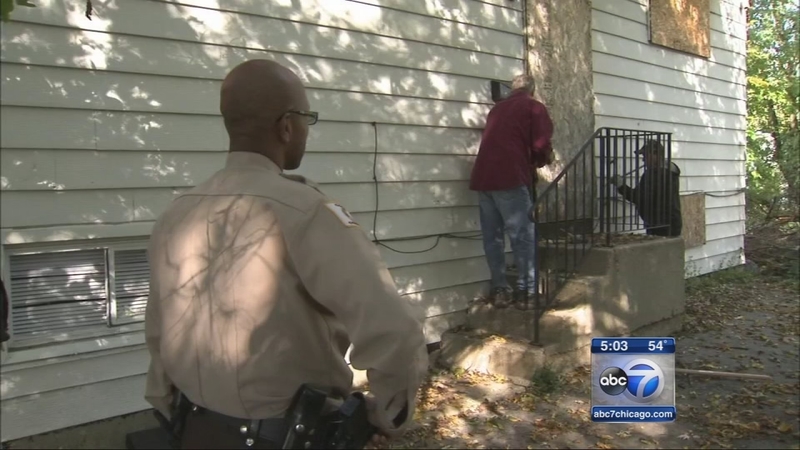 MARKHAM, Ill. (WLS) -- The investigation of suspected serial killer Darren Deon Vann has Cook County Sheriff's deputies searching abandoned buildings in the south suburbs. Authorities are acting on a tip that Vann was in the area just before his arrest.

Sheriff Tom Dart says that Vann's alleged M.O. was to revisit places where he hid bodies of his victims after his alleged murders. Police say they have been able to track Vann's movements after the murder of Afrikka Hardy to Chicago's south suburbs, specifically Markham and Harvey, Ill. Investigators are now searching abandoned buildings in those suburbs. Hardy, 19, was killed in Hammond, Ind.

Investigators are bringing in specially-trained cadaver dogs to search for the scent of human remains in abandoned building sin Markham and Harvey. While they have no specific information that Vann hid any victims there, investigators are leaving nothing to chance.

"We would be the dumbest people on the planet if, given what has come to light, if we didn't go to where some of the indicators are right now," Dart said.

The sheriff says he has been working closely with investigators in Indiana who have discovered Vann's alleged seven victims. While Vann reportedly provided Indiana police with detailed information about those victims, police have no such specific information about any possible Illinois victims.

"You know it's kinda upsetting because, since John Wayne Gacy, and then Jeffrey Dahmer, and now here's another one," said a Markham resident. "So you just never know."

Cook County board members questioned the sheriff whether Vann might be connected to any unsolved cases in the area. While the sheriff says he has no specific cases in mind, he does have a list of several dozen abandoned homes the area to search. They say Vann allegedly left the bodies of his victims in the home buried under piles of clothing and other items. Since Vann is said to be no longer cooperating with investigators, they are following up on every possible lead.

"We've been doing a lot of painstaking work, as have some other people as well, to look at the medical examiner's records to see where other bodies have been found and things along those lines," Dart said.

Dart says he expects investigators to continue to search the area on Thursday, but so far nothing unusual has turned up.