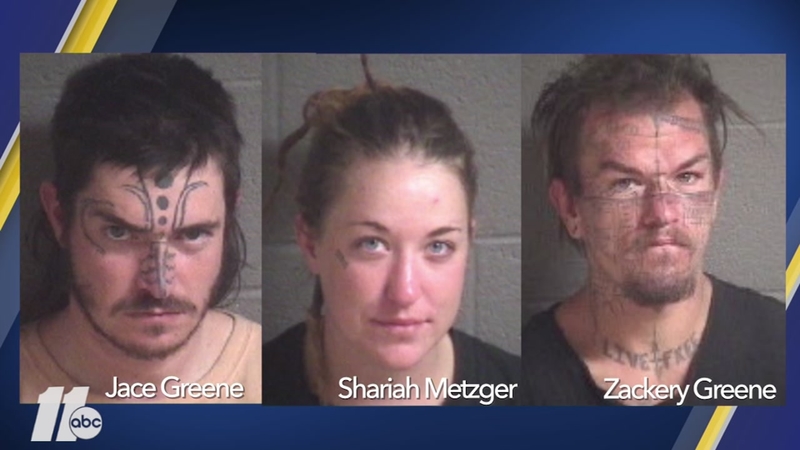 ASHEVILLE, N.C. -- Two people have been arrested and another is wanted in the brutal killing of a cat whose body was left at a grocery store in West Asheville.

According to WLOS, Shariah Jessamyn Metzger, 26, and Jace Lee Greene, 29, are accused of mutilating the cat, posting pictures of the body online, and then leaving it on the property of the Ingles grocery store at 669 Haywood Road.

Police are still searching for Zackery Eugene Greene in connection with the incident.

Starting a new thread. Police say there is a warrant out for this person’s arrest in relation to this incident. His name is Zackery Eugene Greene. @WLOS_13 pic.twitter.com/KWw23HX7uI

Metzger and Greene have been charged with the improper burial of an animal.

Veronica Coit of "Asheville Cat Weirdos" said she saw pictures of a cat's body on Instagram and called the police.

"To think of what these monsters did to a cat that was sweet and friendly is awful," she told WLOS.

Kitty, the 2-year-old cat who was killed, belonged to Aaron Naster.

A necropsy will be performed on the cat this week to determine its cause of death.