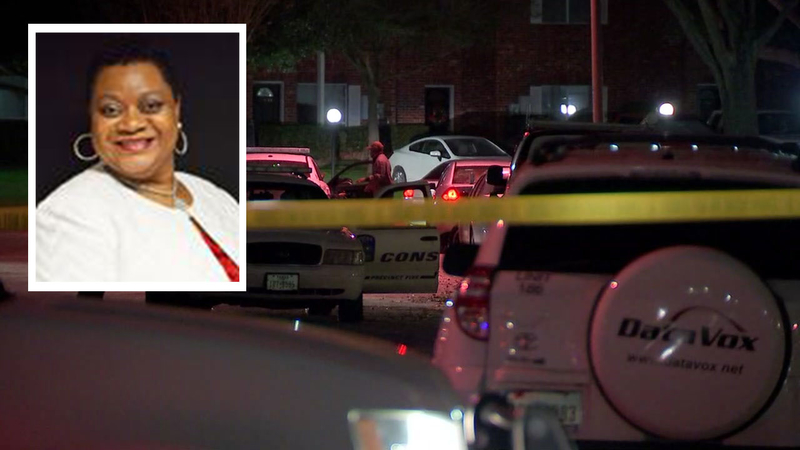 'Something made him snap': Son accused in mom's brutal murder in W. Harris Co.

HARRIS COUNTY, Texas -- A school board member made a frantic call to her mother just before her brutal murder early Friday morning.

The pastor for Dedre Jefferson's family said she called her 73-year-old mother after her adult son began acting strangely.

Pastor Gregg Patrick claims the man had taken some of his mother's blood pressure and diabetes medications, and was acting erratically.

Shortly thereafter, screams rang out over the phone receiver. Dedre reportedly told her mom that her 22-year-old son was stabbing her.

The elderly woman rushed to the family's townhome, but it was too late. She found her 48-year-old daughter's body inside.

Jefferson had been stabbed repeatedly in the chest. Deputies said it appears several different kitchen knives were used in the attack.

Investigators are still combing for clues at Westwind Townhomes on Garden Grove Court near Windchase, where Jefferson's son was taken into custody.

So far, they have pieced together that the mother and son had an argument Thursday night. Later, there was a call to 911 from the man's grandmother.

After allegedly stabbing his mother, the 22-year-old ran until he found himself at a nearby townhome. Deputies said he broke into the home and found a place to hide.

He does not have a criminal record, according to investigators with the Harris County Sheriff's Office.

But Pastor Patrick said the suspect told him Monday that he was having "spiritual visions."

Patrick was set to meet with the son and his mother Friday.

Their pastor describes the family as church-going, and that the son "reads his Bible all the time."

Alief School District released a statement offering condolences to Dedre Jefferson's family. She served as vice president on the board of trustees.

The statement reads, in part: