Defund the police: What it means and who it will affect 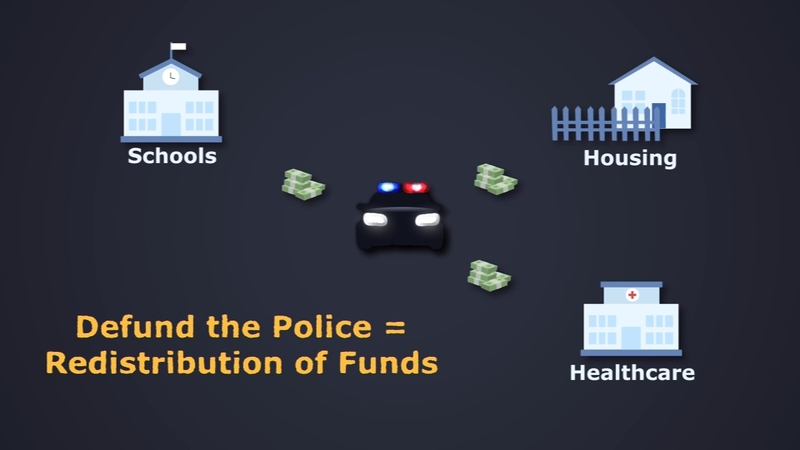 What does 'Defund the Police' mean?

CHICAGO (WLS) -- By now, you've seen the signs and heard the chants.

"Defund the Police." It's a phrase being used by protestors around the country. But what exactly does it mean?

"When we talk about defunding the police, the issue is, how can those resources be used to do other things than fund that particular institution," said Dr. David Stovall, a professor of African-American Studies and Criminology, Law & Justice at The University of Illinois at Chicago. "It's really about taking funds from that space and putting them in other places to address issues and concerns that people have addressed."

That means things like education, affordable housing and healthcare could receive a lot more money.

But Chicago is a large city, so is something like this even possible? Dr. Stovall said yes, especially when it comes to police presence in schools.

"If you think about Minneapolis, San Jose California, Portland Oregon, Philadelphia and about 10 other cities have removed police from their school systems. These are real examples of what can be done," Dr. Stovall said.

The money that would've gone to a police department contract, could instead be used for school counselors, psychologists and restorative justice programs.

RELATED: When protesters cry 'defund the police,' what does it mean?

"Policing isn't about crime prevention, it's about responding to crime after the fact," Dr. Stovall said. "So we need to think 'What if we can actually be in spaces where we can address an issue before it escalates?'"