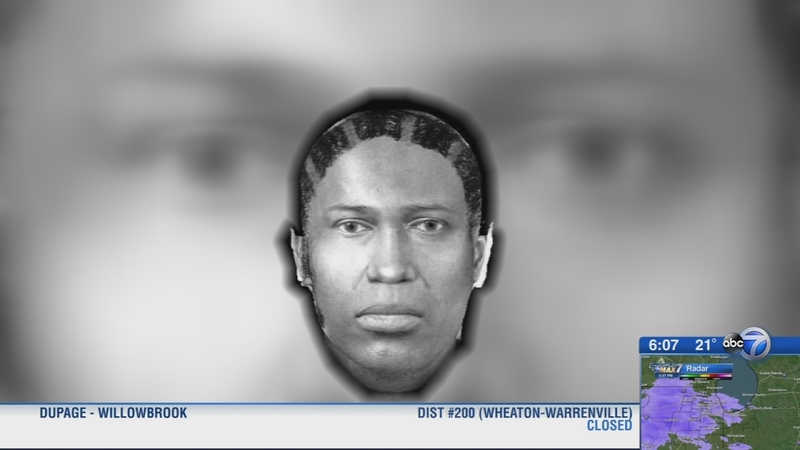 CHICAGO (WLS) -- Police say there has been a surge in tips, clues and potential leads in the 10-year old Lane Bryant mass murder case.

That was the day the I-Team revisited the case on ABC7, coinciding with the decade-anniversary of the Saturday morning slaughter. Since then, public interest appears to have rekindled and police say they hope one of the new tips will help to solve the mysterious case.

Although detectives say they knew the anniversary would produce an influx of leads, they consider 79 tips in a week to be an extraordinarily high for a ten year old case-even one that received worldwide attention and news coverage at the time.

It was Feb. 2, 2008 that a gunman walked in to the Lane Bryant clothing outlet in the Brookside Marketplace. He herded six women in the store into a back room and shot them, killing five including the store manager.

"We thought that we would get a lead that would come, that would help us" said Tinley Park detective Ray Violetto who has been on the investigation from the beginning. "Unfortunately as you can see today we haven't just had that right lead/tip to move us in that direction" Violetto said.

Tinley Park police hope that will change and that one of the new leads will pan out.

The sole survivor of the attack provided police with a detailed description of the shooter and last week police released a 3D version of the suspect sketch. That updated sketch may be responsible for the tide of new tips that has come in.

Even as authorities carry hope for justice in the case, they also realize after ten years that patience is the watchword.

"I could tell you from myself that I thought we probably had a viable subject that I felt was viable three times in the past ten years" said Det. Violetto. None of them however resulted in a solid suspect or an arrest.

"It's not a cold case, it's still an active case and we work on it" chief Neubauer told the I-Team. "We weigh the amount of incoming tips and work and the fact that five women are killed. It's a highly unusual case, nationwide. Cases like this just don't happen."

"These were such innocent women. It's amazing that someone is that cruel" said Michele Talos whose sister Jennifer Bishop was shot and killed in the attack. Talos told the I-Team that somebody knows who did it and she encouraged them to come forward.

"If somebody out there, if you know about it, just please make the right decision, make a good choice, stand up for truth...so I could sleep at night."

Police are not certain of the motive. While some money was taken, it wasn't a pure robbery. One victim was fondled during the incident.

"It's a random act of violence" said Maurice Hamilton, who's sister Rhoda McFarland was the store manager killed in the attack.

Hamilton said the police could have relegated the Lane Bryant murders to cold case status, but haven't. "They're still around trying to win this case. So therefore my faith from day one to today is the same."

The investigators have hope as well, especially as new leads have poured in the past week.

"You get a different variety of tips and it is encouraging because there are so many people out there that are willing to help" said Detective Violetto.

Police chief Neubauer seems gripped by the thought that the killer has been free for ten years.